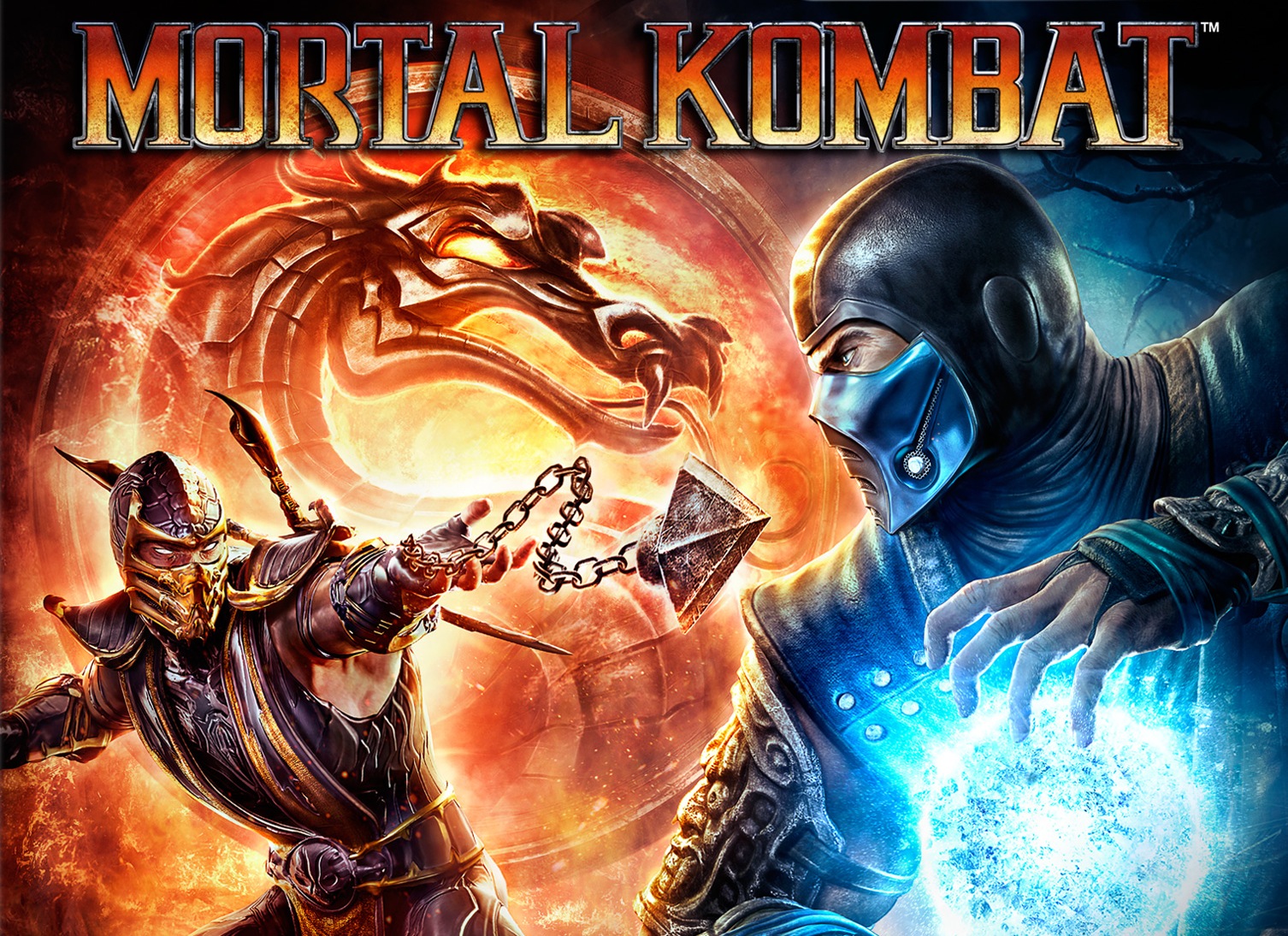 Review: Mortal Kombat 9 – It’s hard to imagine a world without Mortal Kombat, the nasty little fighter which attempted to steal the thunder from Street Fighter’s legion of followers. Many of us have grown up with Mortal Kombat, peering over the shoulders of the older boys in the arcades as they fought for their lives with a cigarette hanging off their lower lip. We’ve all grown up now, the arcades are dead, smoking will kill you, and Mortal Kombat (the ninth in the series) for the Xbox 360 and Playstation 3 is back, baby. 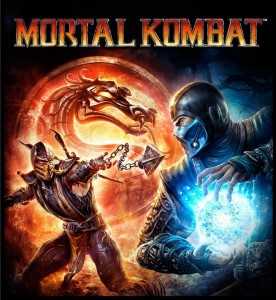 This is not a lazy rehash in the vein of Mortal Kombat VS. DC – no, this is something else entirely. The level of polish is unprecedented and the crescendo of violence is more satisfying than ever before. This Mortal Kombat is a worthy successor to its predecessors and all their storied history. It is well worth your money.

Mortal Kombat apes Street Fighter IV in that it is a 2D-fighter played out with full-3D combatants. The action is fast and furious and resembles Mortal Kombat II in both flow and combo potential. The ‘stances’ of Mortal Kombat: Armageddon have been eliminated and the controls are simple to master. Once a basic understanding of a character has been gleaned, you will quickly transition from flailing around ineffectively to juggling with your opponent to soon mastering removing a large chunk of their unmentionables with an X-ray attack. Mortal Kombat now has a special combo meter of its own and as you damage your opponent, the opportunity presents itself to either launch an upgraded special move or inflict maximum damage with an X-ray attack.

These attacks can be combined with standard moves and smart players are able to devastate an opponent with a blast of gory finishing moves.

Gruesome is as gruesome does 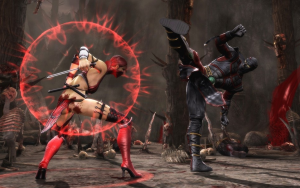 Violence is pushed to the forefront and as your character delivers and takes each brutal blow, the fighters start to lose chunks of their body in a pleasantly rendered manner. This superficial graphical enhancement is satisfying enough, but cannot hold a candle to the fatalities which are back and utterly insane – generous input times now allow even the most novice of players to pull off stomach-churning fatalities, such as Noob Saibot’s version of tearing a paper doll in half, only with more viscera. The graphics, animations and sound are all spot on, delivering the taste of the arcade with a thumping soundtrack to boot. This is not your older-brother’s Mortal Kombat. This is a polished reincarnation which uses its past to create a modern retelling on a new generation of consoles.

There is a fortune of content in this title. There is a story mode, arcade mode, online tournaments, a challenge tower and an endless amount of hidden content to unlock. Veterans to the series will begin with the arcade mode, a traditional climb up the ladder to face off against the reigning master of cheap, Shao Khan. For one to four players, the arcade mode lets you play tag team matches (a first for Mortal Kombat) on the standard arcade ladder. Nothing has changed since the 90’s for arcade mode, for innovation we must turn to the surprisingly deep story mode.

Not for a bedtime story
Story mode came from out of nowhere and left me cursing each cheap fight as I rushed to see how each chapter of the saga would turn out. Every fighter, all twenty-six of them have shown up to either save or destroy Earthrealm in Mortal Kombat. It all begins with Johnny Cage, ends with Raiden and manages to cram twenty years of back-story into eight thrilling hours without faltering for a second. 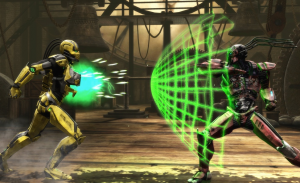 Upon completion of the story, the challenge ladder should be your next conquest. Three-hundred levels of increasingly difficult tasks must be mastered and owing to the complexity of many of them, this can take many weeks to finish. The final task (which I won’t spoil in this review) is so utterly frustrating that I almost beat my Xbox to death with a hammer. If you have the skill and boundless patience then this masochistic mode will keep you coming back for more.

What I did not have patience for was the online mode, which was severally hampered by lag, despite having a decent connection. In the world of online fighters, timing is everything and lag unfortunately kills the chances of any success.

But Mortal Kombat is not a game of fighting faceless foes across the globe. This is a game to be enjoyed with friends who used to sneak copies into your bedroom and play with it on your ratty Sega Genesis late into the night.

We have evolved, and Mortal Kombat has advanced with us to become the bloodiest, fastest and most thrilling fighting game of our generation. For a title that’s had as many dodgy sequels as this one, the new Mortal Kombat deserves all the praise I can muster.