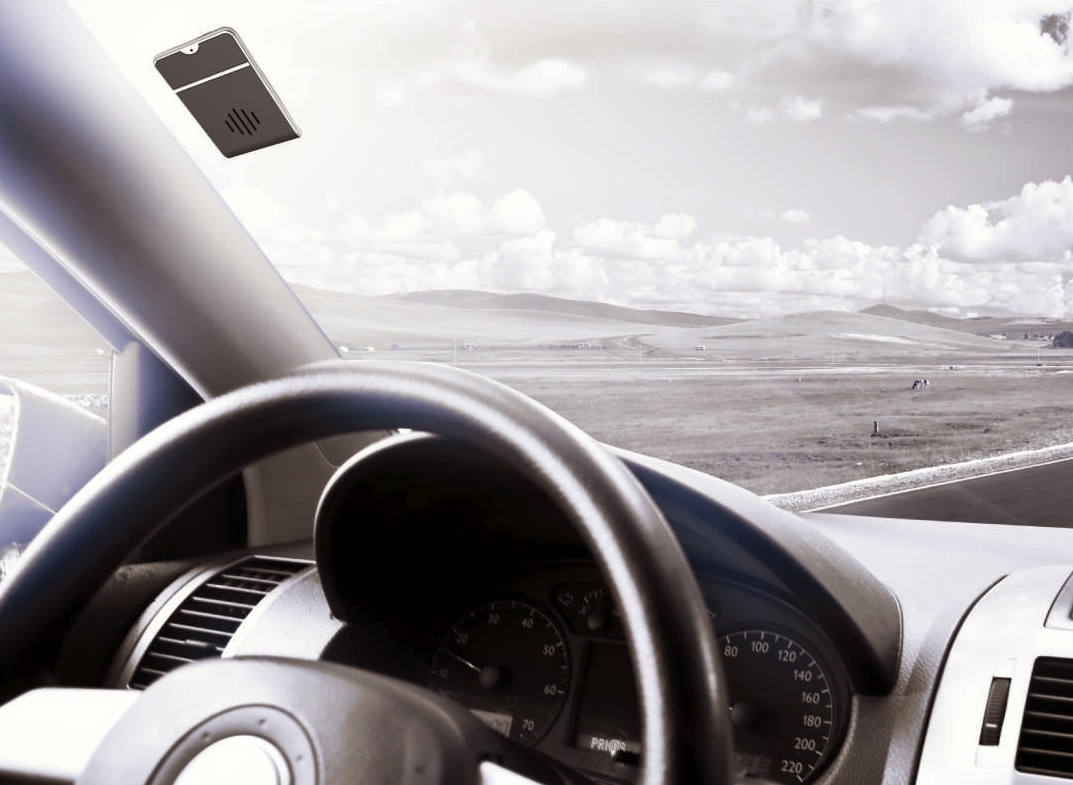 Review: Mr Handsfree Blue Solar – This would be wire-free, rather than wireless. Sure it has a Bluetooth wireless connection so you don’t need to plug your phone in, but the small solar panel on the back means no power wires either. Lick the suckers, stick it on your car windscreen, pair, finished.

It’s a great little device from an obscure Belgian maker of mobile accessories, TE-Group. Stylish, futuristic. Solar powered so it’s green and all. Lets you keep both hands on the wheel. It does pretty much what it says on the box. The Mr Handsfree Blue Solar is a Bluetooth handsfree kit that’s compact, unobtrusive, practical. 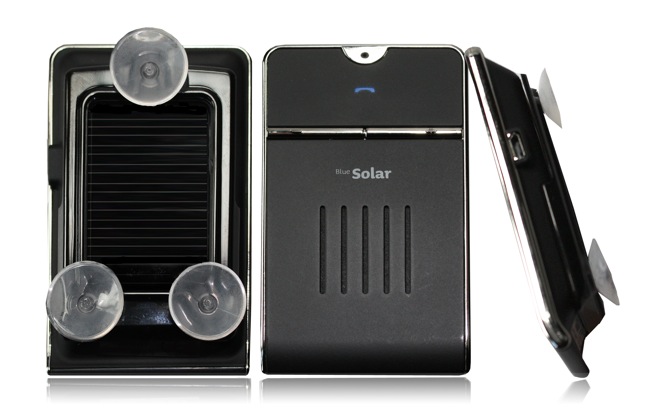 It’s a very simple device. Measuring 9x6cm, the bracket sticks to your windsheild with three suction cups, and the Blue Solar slips inside. It’s got a select button, volume up, volume down, that’s it. Setting it up is a trivial excercise – lick, stick, pair, and you’re off.

Well engineered
Incoming voice quality is surprisingly good for such a tiny unit – although obviously you have to take that with a pinch of salt, because a fully-integrated car kit is going to sound that much better. You can’t, however, just pull out your super-duper wired-in system and pop it into another car like you can with the Blue Solar. And it’s pretty low cost, although not a bargain (around GBP40, Eur65). Availability is a bit sketchy, depending on your country.

Outgoing voice quality is not as great, essentially because it’s a small microphone quite far from your mouth – not needing any particular installation also means no extension mic. But it’s on par with similar systems.

One nice feature is that you can have two phones paired and active at the same time – so if you and your significant other are on the road, you can both send and receive calls through it (if you’re already on a call and a second one comes in, you choose whether to swap or reject).

Talking fun in the sun
The solar panel works pretty well if your car spends a lot of time in the open – if you go from undercover parking to closed garage all the time, you’ll need to supplement sun power with a USB charger (it comes with a cigarette lighter charger).

After almost two weeks in my car I’d still not needed to plug it in – standby time is claimed 900 hours, talk time 6 hours just running on battery. With lots of light for the solar panel, this extends almost indefinitely. Unless you really, really gab a lot.