By Roger Hislop
Read nextI’m SO into this, right now 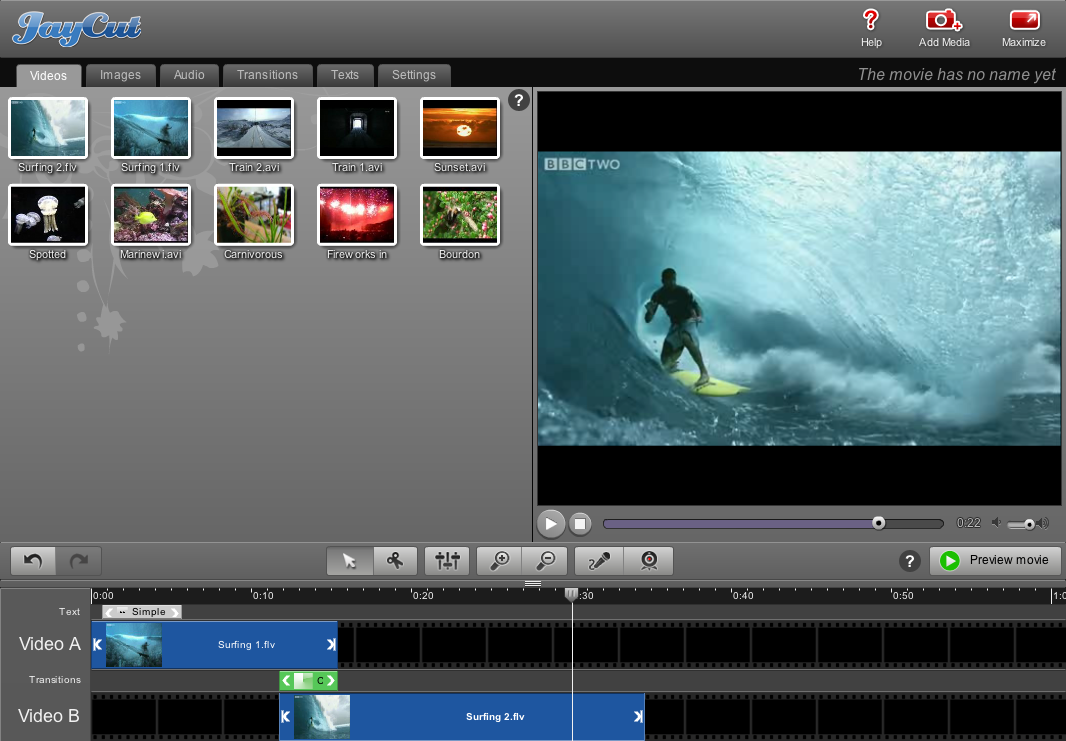 Research in Motion has acquired a small video editing startup called JayCut. The seven man Swedish team has been developing a Web-based video editing suite for the past few years – free to use for casual users, with the technology also being licensed to other companies. The reason for the acquisition seems to be RIM’s fixation on making the BlackBerry Playbook more consumer-competitive against the iPad.

RIM has faced a barrage of criticism of the PlayBook, with weak sales requiring a sharp knife be taken to forecasts. Chief amongst the kibitzing has been the slow growth of available apps for the device (linked to the tardy rollout of developer tools), the lock-in to the BlackBerry messaging environment and no third-party mail apps allowed, and limited flexibility if using the PlayBook without an associated BB phone.

Clearly doubling-down on its PlayBook bets, RIM has been on a small shopping spree – buying another Swedish startup, The Astonishing Tribe late last year, a specialist user interface design company. The acquisition of JayCut should allow RIM to make more of a deal of the PlayBook’s cameras and (more importantly) it’s ability to run a full HD video stream out the HDMI port while doing other work on the tablet — perhaps editing a video. This would make the PlayBook a contender in the insta-media world of today’s bloggers, vloggers and assorted digital media types.

The official line from RIM is fairly vanilla, although does bear out this speculation: “The BlackBerry PlayBook offers users premium multimedia features, including dual HD cameras for video capture and video conferencing, HDMI output and high resolution video playback. By working with JayCut to add video editing capabilities to the BlackBerry platform we can further enrich our customers’ multimedia experience with BlackBerry,” were the corpspeak words put in the mouth of David Yach, Chief Technology Officer at RIM.

RIM has certainly not abandoned the PlayBook, despite the cold water being hosed in its direction – a recent update to the TabletOS (1.0.7) fixes Flash, where some implemenations of Flash video players would not go full screen, and other recent fixes include allowing email attachments from messages brought in over BlackBerry Bridge to be extracted and saved – a pretty vital function.

Another development that briefly had the developersphere abuzz was the brief appearance of an Android App Player. According to RIM it was an outdated version, and the company is still expecting to officially launch the player later this year.

If RIM gets the Android app player right – stable, fast and seamless enough – then bets are back on for the PlayBook, which despite its shortcomings has solid foundations in terms of its hardware and the QNX-based Tablet OS.