Apple has got the wind behind it — its just launched a slew of new products, many if not all absolutely drool-worthy, and also exceeded Wall Street expectations by announcing yet another record quarter of US$7.31-billion in profits and gross margins of over 40%. Gearburn takes a look at some of the products which have recently slammed their way onto every Mac fan’s wishlist.

[ Insert Lion pun here ]
The latest version of OS X came roaring out, although much of the sound and fury was that of a paper tiger. The operating system (which anyone that knows anything about anything will admit is hands down far superior to any other desktop environment, whether Windows, Linux or home bake) has been heavily re-engineered under 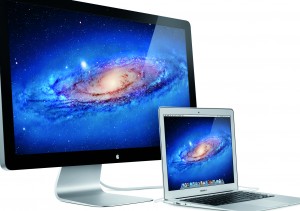 the skin to improve security, although Apple’s not making such a huge fuss about this. Possibly this is because many of the new security features were introduced in Snow Leopard with great ceremony, but turned out to be only half-way implemented. Chief amongst these was the Address Space Layout Randomisation (ASLR) which was already present in Windows and some flavours of Linux, but in Snow Leopard still left major parts of the kernel exposed.

Lion fixes that with a more robust ASLR implementation, as well as other security improvements such as better sandbox design to keep core areas of the OS completely separate from application data execution space.

But this is the boring (if important) under-the-hood stuff — what users want to see is cool stuff, and Lion has a fair fix of funky feature. Chief amongst these is Multi-Touch gestures from the iPad/iPhone world to allow (for example) a three finger sweep up to bring up Mission Control (current running apps) and down for Expose (desktop spaces).

The biggest change with Lion is that Apple is continuing down its path of dragging users kicking and screaming into the fog^h^h^h cloud. Lion is not available on physical media, only as a download from the App Store… which is great, but not if you’re rebuilding a troublesome machine. There are workarounds to allow the creation of an install DVD, but you have to scratch for it.

Other new features in Lion:

Apple also released the latest MacBook Air — once the highest of the high-end, it’s now also the lowest of the low. The entry-level Air now replaces the white plastic Macbook at the bottom of the range, coming in at just on US$1000.

New Mac Mini
In a nutshell: faster, better graphics and cheaper, but the Mac Mini loses its optical drive. This is a major shame, as the Mac Mini makes an excellent media centre for home theatre setups.

An interesting spin on the optical drive is that the Mac Mini can access other Macs’ optical drives when plugged into them.

Thunderbolt Display
The new Thunderbolt display is a must have for the well-heeled or company IT budget-funded. The Thunderbolt IO connector lets you plug your network cable, USB, Firewire and Thunderbolt devices along with audio system into your display, and then hook your Macbook up to it via a single Thunderbolt cable.

The external display (which you simply MUST have for ergonomic and back-pain reasons) now becomes your docking station – it also has a power cable with MagSafe connector.

There is a stink of burning credit cards all over the world as Mac fans succumb to temptation. 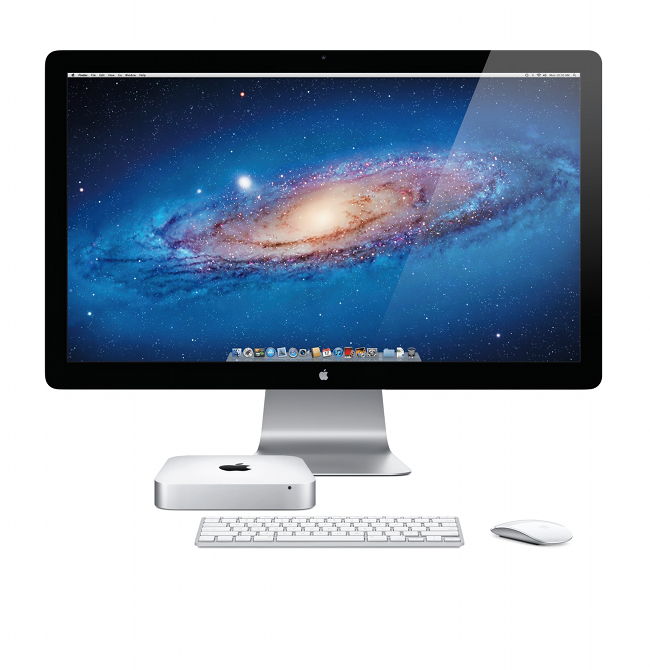