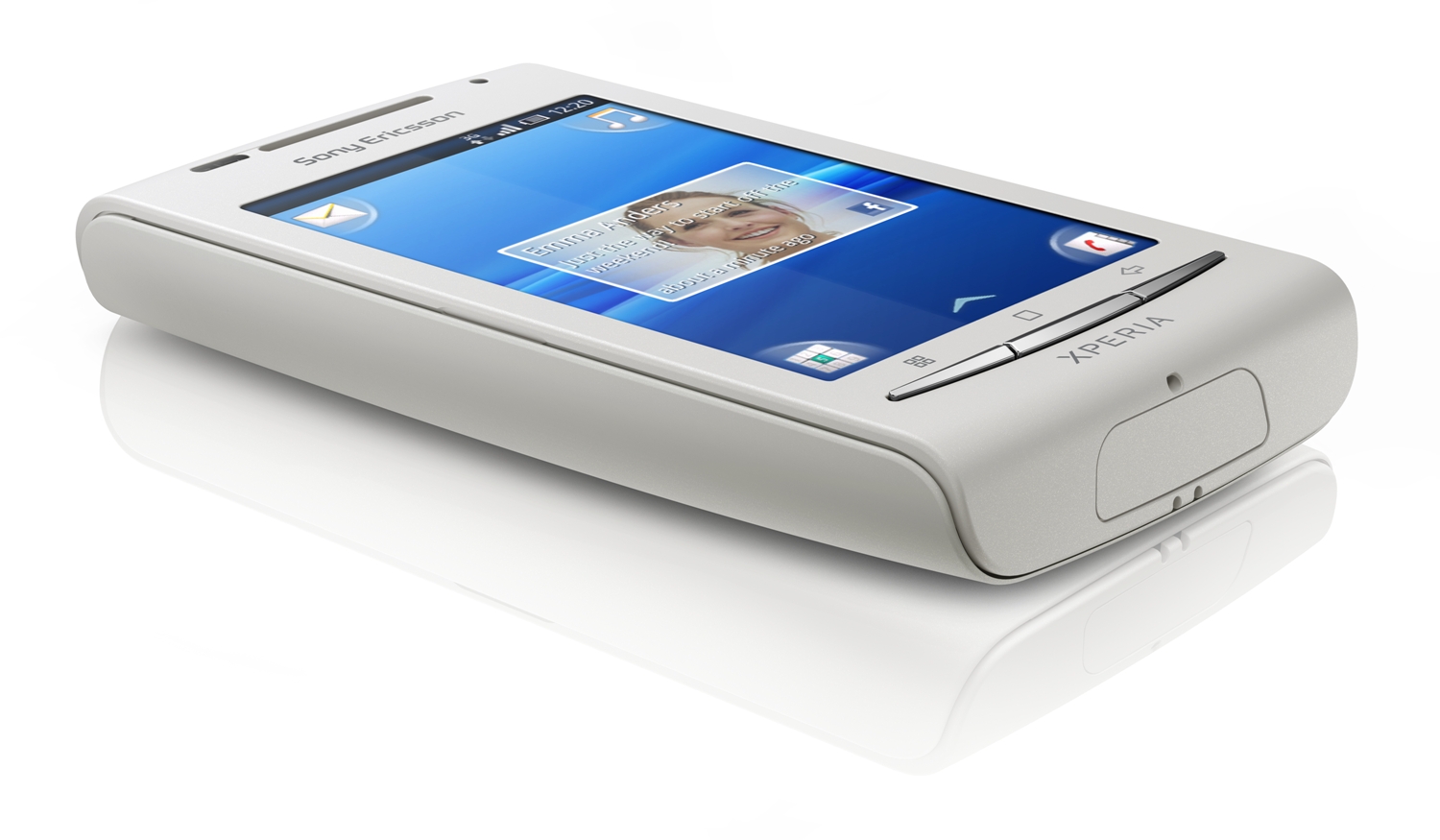 Review: Sony Ericsson Xperia X8. A big name for a candybar-sized smartphone that will barely register in your hands (note: have gorilla-sized paws, but even so). This teeny, tiny Android phone is a ‘starter’ smartphone – it comes with all the features you would expect from its grownup counterparts (like the Xperia X10), but at a lower price-point. It comes with a selection of colourful back-plates, clearly marking it a phone for the “fun” side of the market. Getting around
With a three-inch 320×480 screen you aren’t getting much viewing space for your cash, and the phone feels rather cramped as you attempt to navigate the tiny environment. The X8 is not short of buttons, with Sony Ericsson rejecting the minimalist feel of the iPhone or HTC Desire HD. All connections (USB and headphones) plus the power button sit on top, a dedicated camera button and volume rocker are on the right-hand side and the interface buttons are laid out under the screen. Unlocking the phone is a bit of an issue as only the home button or the unlock button will do the trick, and these buttons simply don’t fall easily to hand.

This is a full-touch phone with the “Donut” Android OS. It’s underwhelming. The navigation is jerky and the display feels last-generation. From the home screen to the menu icons, the overcrowded interface impedes every function. It’s as if the OS is too ambitious for the X8. The touch screen is not as responsive as it should be, requiring multiple swipes or touches to work.

The X8 includes every possible piece of software you could ever need, with access to the Android marketplace for those who need constant software novelty. The 3.1MP camera is decent enough but useless for night-time shots (no flash). Geo-tagging is included as an option for each shot, but in reality you will use this option only once before turning it off. Video is passable but seems to apply a level of virtual Vaseline over the lens with each recording. Samples below.

One feature I did love was the YouTube app which, when connected to a Wi-Fi signal, delivered a smooth video experience. The sound is horrible though, even with the earphones attached. The included games are throwaway trash, very basic Java titles and will keep you amused for a few minutes while waiting for public transport. The included stereo FM radio is a far better entertainment option. HSDPA, 3G, EDGE, GSM, GPS and Wi-Fi connection keeps you locked into your social networks with the included apps. Facebook, Gmail, Google Talk and an email application are built-in, but mysteriously shut down at a moment’s notice – the X8 has issues with multitasking that even its constant updates cannot seem to repair.

It’s a cheap-looking phone when new, although looks pretty enough from a distance, but I can see it looking pretty shoddy as the months roll on. Maybe this is why Ericsson decided to include three extra replacement backing covers?

Gear it or Burn it?
I burn the X8. At this price I would look into a Blackberry Curve or the HTC Wildfire if you needed a smartphone at a low-price with decent clout. No one should have to spend this amount and receive so little back in return.