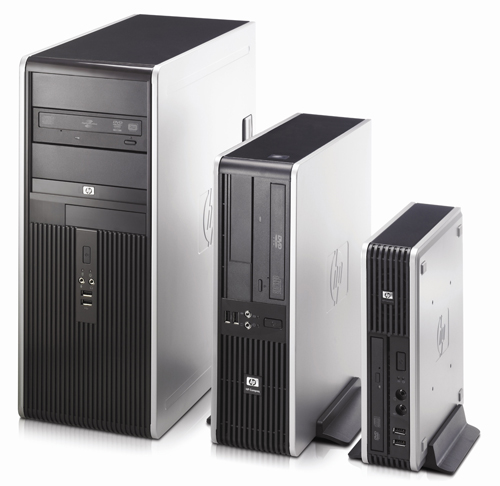 The stunning announcement by Hewlett-Packard, the world’s top personal computer maker, at the end of last week that it is taking steps to exit the business is the surest sign yet the post-PC era is here — or at least the end of the PC era that we know. The company that invented the PC, IBM, ditched its loss-making PC business unit by selling it to Lenovo in 2004, focussing rather on higher-margin server hardware, software and professional services. HP seems to be following suit.

PC hardeware is increasingly only profitably produced by mass-market consumer electronics manufacturers from Asia, with the lion’s share of the internals rebadged and assembled into complete machines by a variety of vendors from across the world, from the manifestly unknown to top high-street brands. Bottom-up design and production of key subsystems has rapidly moved to the east, leaving only a few key items such as CPUs still being created in the US, the birthplace of the personal computer.

“We tend to throw the ‘post-PC era’ term around a lot, but it’s clear that in the wake of HP’s announcement, we’re closer than ever to that reality,” said independent technology analyst Carmi Levy. “When a stalwart of hardware’s golden age essentially walks away from the business on which it was built it’s easy to conclude that the point of no return has been officially passed.”

HP said its board has authorized the evaluation of “strategic alternatives” for its unit that could sell or spin off its PC business into a separate company.

The Windows-powered PC has been at the center of the lives of consumers for years but the arrival of powerful smartphones — essentially pocket computers — and touchscreen tablets like Apple’s iPad has lessened its importance.

Consumers no longer need a desktop or a laptop to be connected and with the steady erosion of profit margins on PCs, HP failed to position itself with the products of the future, Forrester Research analyst Sarah Rotman Epps said.

“What (the post-PC era) really means is not that PCs go away but that there’s a shift away from computers to computing,” Rotman Epps told AFP. “Computing happens now on many different devices and it’s a much diverse landscape than one type of computer,” she said. “And HP really didn’t have an answer for what was next beyond the PC.

“Where there are higher margin computing products being made HP hasn’t been able to succeed,” the Forrester analyst said, pointing to Apple as a technology company that has been able to do so.

“Apple has been able to innovate, to sell the iPad, an all-new form factor, because of its non-hardware ecosystem,” Rotman Epps said. “It has the channel in the Apple store, it has the service, and it has the software — iTunes, the App store, the whole developer platform.”

“HP took a baby step towards getting there when they acquired the Palm webOS but they weren’t willing to really go full throttle and invest the capital that would have been needed to make that a successful business,” she said.

California-based HP also said it was stopping production of its iPad rival, the TouchPad, and phones based on the webOS mobile operating system acquired from Palm last year for US$1.2-billion.

Explaining the moves, HP chief executive Leo Apotheker said the weak economy was having an impact on PC sales but there is also a “clear secular movement in the consumer PC space.”

“The velocity of change in the personal device marketplace continues to increase and the competitive landscape is growing increasingly more complex, especially around the personal computing arena,” Apotheker said.

“The tablet effect is real and sales of the TouchPad are not meeting our expectations,” he said.

Gartner analyst Mark Margevicius said HP’s decision to sell or spin off its PC division was more about the shrinking profit margins in the PC industry than anything else.

“The PC market has transformed into a tactical, commoditized business,” Margevicius said. “We’re not in an era when the PC is dead. The PC market is flat but it’s still a huge business.

“If the PC business was a business that generated 20 percent margins HP’s not dumping their PC business,” Margevicius said.

In jettisoning its PC unit, HP is taking a page from the playbook of IBM, which sold its PC business to China’s Lenovo in 2004 to concentrate on servers, software and services for the enterprise market.

“In a way, these two transactions bookend the transition from hardware to a software- and services-based post-PC focus where the device that runs a service is less important — and profitable — than the service itself,” Levy said.

“The trend has been building for years, as margins on hardware have become consistently tighter,” the Ontario-based analyst said.

“While it is still possible to build a profitable business based on selling hardware, the returns — coupled with limited future growth potential — are often insufficient for edgy investors,” he said.

“HP’s move confirms, as if we weren’t already convinced, that the box itself no longer matters,” Levy said. “It’s the value of the software that runs that box, and the services delivered via that software, that are most notable — and profitable — now.”