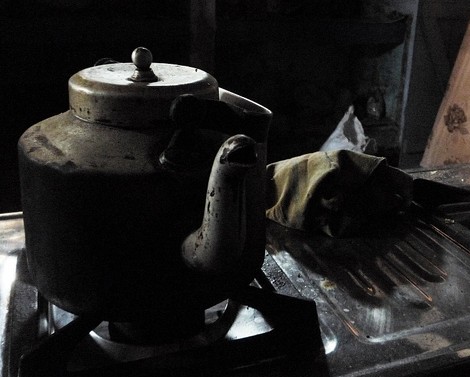 In an acrimonious case of the pot calling the kettle a patent bully, Google’s top lawyer slammed Apple, Oracle, Microsoft and other companies, accusing them of using “bogus patents” to wage a campaign against the Internet giant’s Android mobile platform. This has sparked a sniffy response from the accused, and blistering attack from anti-software patent activists.

In a blog post, Google senior vice president and chief legal officer David Drummond said Google’s rivals were seeking to “make it harder for manufacturers to sell Android devices. Instead of competing by building new features or devices, they are fighting through litigation.”

He said 550 000 Android devices were being activated every day and its success has resulted in a “hostile, organized campaign against Android by Microsoft, Oracle, Apple and other companies, waged through bogus patents.”

Drummond pointed to last year’s US$450 million acquisition of 882 patents from software maker Novell by a consortium made up Microsoft, Apple, EMC and Oracle and the more recent purchase by a group led by Apple and Microsoft of 6 000 patents held by bankrupt Canadian firm Nortel.

Google was a bidder for the Nortel patent portfolio but it lost out to a US$4.5-billion bid from the consortium made up of iPhone maker Apple, EMC, Ericsson, Microsoft, Blackberry maker Research in Motion and Japan’s Sony.

Microsoft general counsel Brad Smith was quick to respond to the Google accusations with a message on his Twitter feed. “Google says we bought Novell patents to keep them from Google. Really? We asked them to bid jointly with us. They said no,” Smith said.

This acquisition of the Nortel patents is already the subject of a Justice Department investigation into whether the trove is being used to stymie competition.

Google also a slew of of its own absurd patents, including patenting changing the “Google Doodle” on its home page on notable days. It has also not been shy to go after Free and Open Source Software projects to protect patents it holds.

The huge sum spent on the patents and the involvement of many of the world’s top tech companies reflects the fierce battle for intellectual property in the tech industry, where firms are often hit with patent-infringement lawsuits and counter-lawsuits.

It is also the epicenter of free market activism, where a number of notable commentators believe the entire software patent system is broken, and is damaging innovation, entrepreneurship and costing consumers a packet.

Prominent commentator John Gruber at the Daring Fireball was unimpressed: “No one other than Nathan Myhrvold and his cronies sees the U.S. patent system as functioning properly, but Google’s hypocrisy here is absurd. Google isn’t arguing against a handful of never-should-have-been-issued software patents. They’re not arguing against patent trolls like Myhrvold and his shell companies like Lodsys. They’re effectively arguing against the idea of the patent system itself, simply because Android violates a bunch of patents held by Google’s competitors.”

Google is currently being sued by software giant Oracle over technology used in its Android smartphone operating system.

Drummond said Google’s rivals were “banding together” and were seeking a US$15 licensing fee for every Android device. He said they were also “attempting to make it more expensive for phone manufacturers to license Android,” which Google provides for free to handset makers.

“Patents were meant to encourage innovation, but lately they are being used as a weapon to stop it,” Drummond said.

Oh cry me a river, is the response from Ted Morgan, CEO of Skyhook, a company that developed a mapping technology that competed with Google’s, resulting in a bitter court case for alleged anti-competitive behaviour by the search behemoth.

“You can’t try pulling at the heart-strings when you lose a round,” Morgan told the SF Chronicle, “Google continues to act like the rich kid who takes his ball and goes home, because you won’t let him win.”