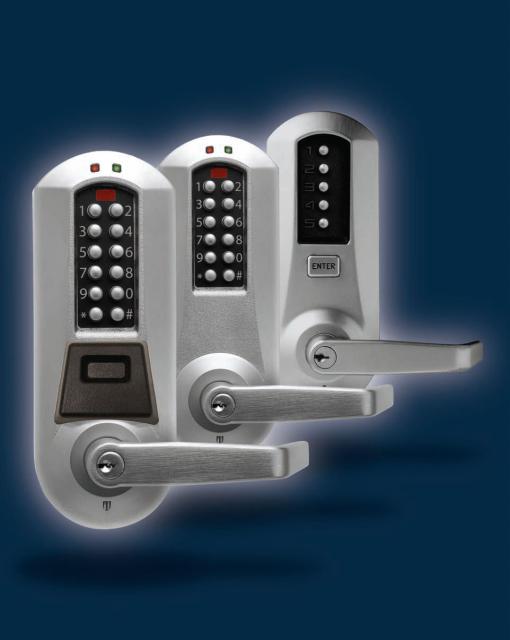 Hackers at a DefCon gathering were recently shown how a high-security lock certified for use in sensitive US government facilities can be easily opened with just a piece of wire.

Security specialist Marc Weber Tobias had plans to meet in Switzerland with lock-maker Kaba to discuss ways that the Swiss company’s Access Control E-Plex 5800 model and its predecessor can be foiled.

“It is a threat to the government,” Tobias said after his presentation at DefCon.

“I am serious about it because I don’t know where they have been installed,” he continued. “They could be at the Pentagon.”

The Kaba 5800 was described as the first lock certified as meeting new US Department of Homeland Security requirements for coded access that keeps track of which contractors or federal workers open which doors.

The lock is designed to be opened by swiping a key card and then entering a long number code.

Tobias and cohort Toby Bluzmanis showed how a Kaba 5800 could be opened by poking a piece of wire through the casing of a small LED light on the lock face and short-circuiting underlying electronics.

Red and green LED lights on the lock are part of a feature that lets a receptionist open a door remotely with a push of a button.

The lock could also be opened with the thump of a mallet or by removing an inside plate and inserting a wire in a way that lets someone, from that point forward, open the door by pushing a handle up instead of down, according to the duo.

“We figured out nine different ways to break 5800,” Tobias said.

“You are not going to get away with some of these techniques at the Pentagon; you would have a nine-millimeter pistol pointed at you.”

Tobias and his team began to scrutinize the lock after learning that several years ago members of the Jewish community figured out that an earlier Kaba keypad access model could be opened using a magnet.

Keypad locks had found a niche in the Jewish community because the religion prohibits using keys on the Sabbath, according to Tobias.

“A Jewish geek squad was helping elderly people open their doors when they couldn’t remember key codes,” Tobias said. “They figured out you could open the locks with a magnet.”

The Kaba 5800 model is priced at more than a thousand dollars and the company was said to have sold fewer than 2000 units, with the new DHS standard not being in place until next year.

“Kaba is a good company,” Tobias said. “This is a problem endemic in the lock industry, they think like engineers not hackers.”