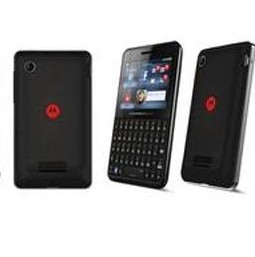 Not much is known about it, but we do know it’s called the Motorola EX225 and marks the mobile giant’s latest foray into social gadgets. Motorola is seemingly forgetting the mistakes it made with the Motoblur and instead going head to head with mobile phones such as the HTC ChaCha and the recently launched Vodafone Blu 555 by also adding a dedicated Facebook button.

The phone will be socially connected, with Facebook features deeply integrated into the handset. The Facebook button is a customisable input which allows for one-touch status updates, instant link posting and so on.

Other features which are likely to be included will be automatic synchronisation of friend’s profiles, social notifications and Facebook messages integrated with text messages. The operating system is likely to be non-Android, with suspicions leaning towards Qualcomm’s much maligned nine-year old BREW-based UI (as seen in the Motoblur). The BT services mentioned in the SIG filing include audio streaming (A2DP), media control and handsfree support.

Other hardware features will be a 2.4” display, a 3MP camera, a full QWERTY keyboard, a GSM/3G connection and a dual SIM in the EX226 model. The description of the phones seems to skew it to the younger or emerging mobile markets. Details are scant at the moment, with only a very poor image being made available by Motorola to the Bluetooth SIG.

This will not be a smartphone as we know it; it will be a watered-down version of what we have come to expect from power hardware. The price will most likely reflect the lower spec and limited functionality of the Motorola EX225 and EX226, so there is hope that it will be affordable to the millions that want to Facebook cheaply on the go.

The phone will be available worldwide, launch date unknown.