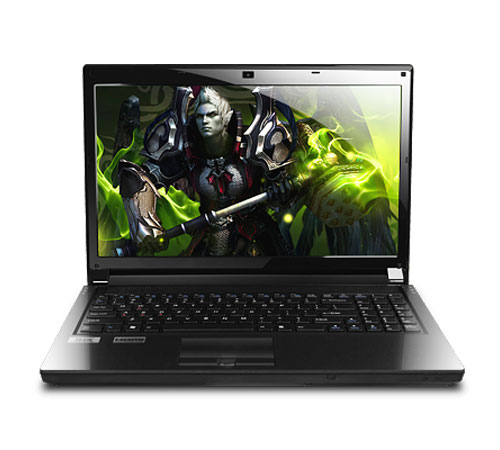 Laptops can be divided into three rough and ready categories: casual, business and gaming. Casual laptops are often fragile and sometimes barely as powerful as a tablet. Business models are often tough and fast, but lack the meatier graphics processors to satisfy the hungry gaming market. So the niche of gaming laptops was born — and is taking off.

Buyers are starting to cotton on to the potential of gaming laptops, and bigger markets means less expensive models are emerging. Today we are not going to bury you in stats, we are going to show you why you want one.

Let’s get one thing straight, the Razer Blade is not “the world’s first true gaming laptop”. There are loads of them, the Razer is simply the flavour of the moment and whether or not it can compete with the others on this list remains to be seen as it only hits the streets a little later this year. But it does look awesome.

It has a 2.8GHz processor, the latest (for now) Nvidia GPU and a rather crisp full-HD screen. It’s ace-in-the-hole? No less than ten adaptive keys and an OLED panel which doubles as a second display or a touchpad.

The cheapest of the bunch, the Lenovo Y650 is a desktop replacement for your office or home PC, plain and simple — but also has specs that work well for gamers. For a laptop this powerful to be so inexpensive (when compared to others of its ilk) is a bargain in itself. JBL speakers deliver Dolby surround sound from a laptop of all places. The sound is crystal clear, with only the sub-HD screen letting it down in the media department. The Y650 is shockingly powerful, future-proofing gaming needs for a good year or so.

Now this could very well be the first true gaming laptop. Alienware’s products began as insanely powerful and ridiculously priced desktop computers, eventually branching out to include its current range of laptop offerings. The M18x is the most powerful Alienware laptop with a frankly huge keyboard which includes “mood lighting”. Games run like the devil on crack and Blu-ray movies were seemingly made for the M18x’s crisp screen. One flaw: this portable powerhouse requires a brick-sized power adaptor constantly connected to it. If you can look past this one energy gorging (and portability) issue, which most of the most powerful gaming laptops seems to share, then the Alienware M18x becomes a must-have item at roughly US$2000.

It’s sick to think about the amount of power housed inside some of these laptops. The Battalion is the last word in gaming laptops and has been built for pure speed, damn the aesthetics. We can rattle off statistics such as 640GB hard drives, a quad-core i7 processor and a two Radeon HD Crossfire graphics cards. Or we can talk directly to the gamer and say that titles such as Crysis 2 run at maximum resolution without dropping any frames. Interested? For US$2400 it can power your gaming experience. Gut reaction, why is there a Mac on this list? Look closer and you will discover that the Macbook Pro is a 2.5GHZ beast, loaded with one of the most stable operating systems of them all, OS X Lion. The screen is a marvel of design and is as deep, dark and glossy as a polished gemstone. Many games are now cross-platform and run exceptionally well, if not better, on the Macbook Pro, and you can always experiment with VMing Windows using Parallels. It is also the most beautifully designed of all the laptops, with the signature minimalist look that has been echoed in countless products. Come for the Mac, stay for the games.