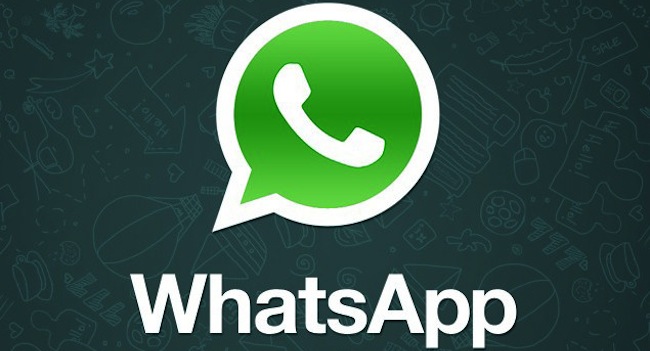 It’s an open secret that SMS is a cash-cow for operators. They can charge obscene amounts for messages (compared to the cost of delivering them), obscene amounts that become crimes against humanity when they rape you for sending SMS when roaming. WhatsApp is one of the best alternatives — and one that may actually have a future when compared to much earlier incarnations like MXit that have millions of users but are still trying to find a way to make money.

First, WhatsApp’s functionality. Quick to cover, there’s not an awful lot to it. Once you’ve installed the app (for iOS, Android, BlackBerry and Nokia) you register. This requires that you give a cellphone number, triggering a reply message from WhatsApp that validates your phone and login, and ties the app to your handset.

This was a smart move — or a dismal architecture fail, but I’m going to give the devs a pass because it works in many unexpected ways. By only being able to use Whatsapp on one device, you radically reduce flexibility for a few users (like gadget reviewers) that swap back and forth between devices often, but most people won’t care. What it definitely does do, however, is radically simplify the architecture that WhatsApp needs to support on the back end. Simpler, more robust, hopefully less expensive to develop and maintain, which means a cheap, reliable service for you and me. Win.

When you sign in for the first time, it scans your address book and tells you who else you know is using WhatsApp — because obviously it can match phone numbers to WhatsApp users. This is brilliant, because a major “barrier to use” of any messaging app is who you can contact with it. Immediately I was able to swap from texting some people to WhatsApping them. Making people change their habits is hard — tying the user to the phone number makes address book population effortless. Win.

Once running, the app now runs in the background as a daemon to notify you of new messages. It’s fairly efficient, I’ve never seen any significant impact on phone performance (tested it on BlackBerry Bold, Nokia E7, HTC Desire Z, even the little Samsung Gio). It’s not a marvel of tinyness, taking up 9.5MB of memory (compared to Skype at 5.7, K-9 Mail at 5.6, Twitter at 4.6 –but a a lot better than MXit’s 15MB!)

The app doesn’t do an awful lot — but then again, why always with the feature-stuffing?

It’s a fairly simple interface. You have a WhatsApp contact list (populated from your address book), you click on a name, type a message, hit send. Replies are threaded left and right in a visually intuitive way, and that’s pretty much the totality of the functionality.

Sending media files is trivial, and it has a nice feature where it shows a thumbnail of the item in the message stream for when you want to go back to it. It also stores any transferred media files in a separate WhatsApp folder which some find aggravating, I find convenient.

It does emoticons, and does it ever have a wide selection of some of the weirdest icons ever. Smiling face, frowning face, crying face, six different colour hearts, sixteen faces of varying ethnicities and occupations (yes please, I do need an icon for an Inuit fire-fighter for my next conversation). It has icons for countless meteoric conditions, animals, including frog, fox and furry monkey (two of), and bafflingly, a camel and warthog. In case you need them, there’s also a Shintoist couple and pack of MacDonald’s fries. WTF?

WhatsApp even pretends to be a real time messaging app by telling you what time the contact was last online, or whether they’re typing or not. This is a feature that should be murdered like a cluster of garden snails, as it’s horrifically hit or miss (was the person actually online? Or did the background service just wake up for no good reason?), and can result in irritation, frustration, confusion and phoning someone who’s fast asleep after a late night because WhatsApp told you they were awake.

In terms of portability, you can back up your messages to an SD card, and import them onto a new phone. Quick and easy.

Now we return to the million dollar question. Will WhatsApp survive and prosper where so many messaging platforms have struggled in a twilight world of user base growth and cash-flow burn?

WhatsApp does not report any useful numbers — not revenue, not userbase (although it’s in the 10 to 50-million downloads range in Android Market, with 270 000 reviews). It has a revenue model based on Ruby on Rails creator David Heinemeier Hansson’s recommendation: Put a price on it.

The app is free (for everyone but iPhone users, sorry suckers, that’s US$0.99), and free to use for the first year, then it’s US$1.99 per year (so get ’em hooked then charge a negligible annuity income).

Contrast this with MXit, which probably has similar user numbers in the 20-million range. MXit is free to download and use, but the company has spent the last few years fruitlessly casting about for ways to monetise this. MXit Moola, wallets, markets — all very nice, but the user base wants to chat. For free (or as close as possible to free). Connecting the cheapskate chat users with spending cash is just not working.

So while WhatsApp is small, elegant, simple and task-specific, MXit is big, complicated and clumsy.

The advantage MXit currently has is its investment in client versions for a gazillion different handset models, from the most basic feature phone to the smartphonest. WhatsApp is currently stuck in the top end of the market — although not a bad place to be as we see the entry of cheap Android phones for the masses.

And so we come to the last big question: will apps like WhatsApp kill SMS?

The simple reality now is that SMS is desirable only because it pretty much works anywhere in the world, with any operator, on any handset. Apart from that, it’s shit.

Primitive, and no presence or meaningful delivery confirmation capability. With WhatsApp you can see your message was transmitted (one tick on screen) and received (double tick). You can (sort of) see that the other person is online to you. You also don’t get spammed (yet) as you only get messages from your closed user group.

Like SMS, WhatsApp is linked to a phone number, which simplifies addressing in terms of recipient uniqueness, but unlike SMS is IP-based so you don’t have to worry if your operator has an SMS interconnect agreement with a recipient roaming in some godforsaken country. The app does multimedia, so obviating that awful, pathetic dogshow called MMS. It costs fractions of a penny per message.

Mobile operators hate it. Dutch operator KPN foolishly tried to attack it on low-end packages, leading to an outcry and passing of net neutrality laws. No surprise here — operators took US$105.5-billion in SMS revenues last year; almost all of which was pure profit.

But IP-based messaging is the future. A couple of platforms will grow and usurp SMS. Will it be open source, open standards systems like XMPP/Jabber? Not likely. This is a winner-take all space, and open source just generally fails to gain popular appeal (no, Android is not open source).

Personally, I’m rooting for WhatsApp. Two bucks a year vs half a buck a message? Appsolutely.

Who it’s for:
Everyone! (with a smartphone)

What we like:
Small, elegant, simple, highly functional (please don’t cock it up, WhatsApp, some of us still remember the small, elegant ICQ of the early days)

What we don’t like:
The ‘presence’ status info is very, very suspect
Occasionally you get delivery backlogs (growing pains?)