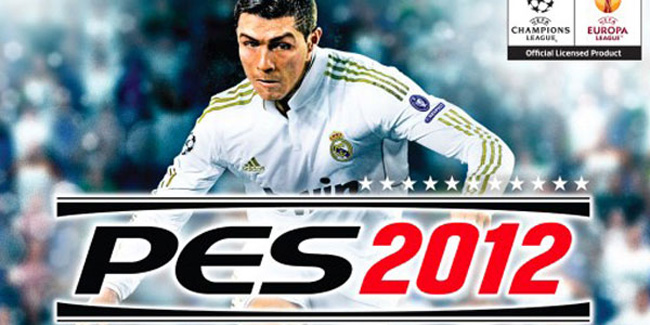 How does Konami’s latest football title fare against its arch-rival, and will it convert new followers to the long-running series?

If you are a soccer fan, and you like video games, even just a little bit, you’ve probably heard of the EA Sports FIFA series and Konami’s Pro Evolution Soccer (PES) series. Five years ago it was easy to differentiate between the two. Fifa was always the Britney Spears of soccer games; easy to pick up and play, easy on the eye, and catered to adolescents.

PES on the other hand, was a soccer simulation. It was slower, more realistic and diehard fans dubbed it the ultimate soccer game. That all changed around 2007 when FIFA revamped its engine and decided Britney Spears was so 2002.

So now in 2012, we have the two titans clashing again. FIFA has embraced the simulation mould and taken it to new heights, while PES has taken a leaf out of old-school FIFA and gone for fast-paced, attacking football. The results are interesting, especially with regards to how the game plays on and off the pitch.

The Offside
PES has always offered customisation, and the 2012 edition is no different. The first startup of the game prompts you with no less than eight menu screens of options that allow you to tailor your PES experience however you want.

From changing how much the computer assists you on the field with your with shooting, passing, formations and substitutions, PES allows you, the player, to be as involved as you want. This is a great thing. If you want the full challenge you can turn off all assistance, but for the more casual gamer perhaps a little help with your shooting will ensure the Lionel Messi experience.

The management modes are in-depth and engaging. On the surface it’s a shallow RPG, but from a sports management sim perspective, the game offers what soccer fans want: The managerial experience. From training to transfers all the way to salaries and player numbers, you can control everything. So even with PES taking a more arcade feel on the pitch this year, the off the pitch game, as always, allows players a chance to imitate the likes of José Mourinho and company. 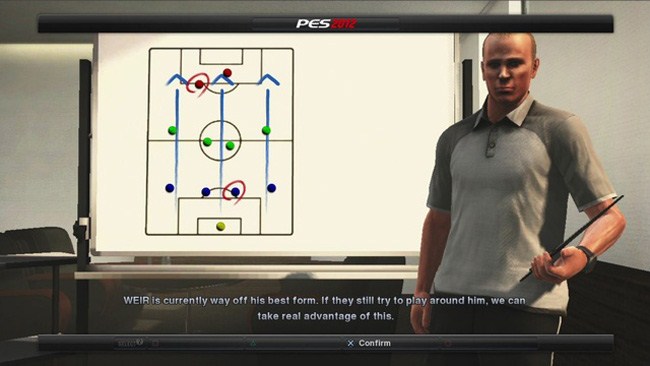 Field of Play
But PES is not purely a management game, so how does the action fare when the players put on their boots and take to the field? Well, it’s a mixed bag.

The most noticable change this year is the faster pace and focus on attacking play. The game wants you to score goals, and lots of them. The handling of the ball at a player’s feet is controlled, you can change direction with precision and the better players will prove slippery customers. PES really shines when you are attacking and, specifically, dribbling. Scoring goals is fun and there are a variety of ways to do so, more so than in FIFA.

Defending seems to pale in comparison to attack. There are only a couple of options: Applying pressure and asking a teammate to apply pressure. It is difficult to time tackles and so high-scoring thrillers are the norm, but perhaps the shocking keeper AI has something to do with that.

Indeed, the overall AI in the game seems to lack awareness and the keepers are the main culprit. They can be seen out of the box doing the most bizarre things at times which leaves one mildly amused, but mostly frustrated.

The player impacts are impressive, from a small knock on a shin to a full blown tackle, the players fall and collide with great realism. Unfortunately, the trigger-happy referees spoil this. Advantage is too short, and barely features. Hopefully PES 2013 will address this.

For example, when giving a pass to a player who is too close to another teammate, the computer will decide who the One is. If it isn’t the player you intended the pass to go to, then you have a clunky scuffle between your own teammates until the ball is at the chosen player’s feet. This lack of intuition and awareness from the AI really hurts the game.

Designer Catalog
The graphics in the game are solid with the pitches looking good and the replays exciting. The players do still have dead eyes and their cut-out heads stand out against the backgrounds. Luckily most of the game is played from aerial camera perspective.

The presentation of the game has undergone some plastic surgery from 2011. The menus and music appear slick at first, but the amount of the information is daunting. The menus are badly designed, convoluted and unnatural to navigate. When you do manage to work them out though, you can do a lot of micro-managing off the pitch, but don’t be surprised find yourself explaining the menus to friends more than once.

The soundtrack varies from great to awful, with indie remixes to eurohouse, and even a crunkcore song thrown in for good measure. It is 2012 after all. The commentary is just plain bad, and could do with a lot of improvement for the 2013 edition. 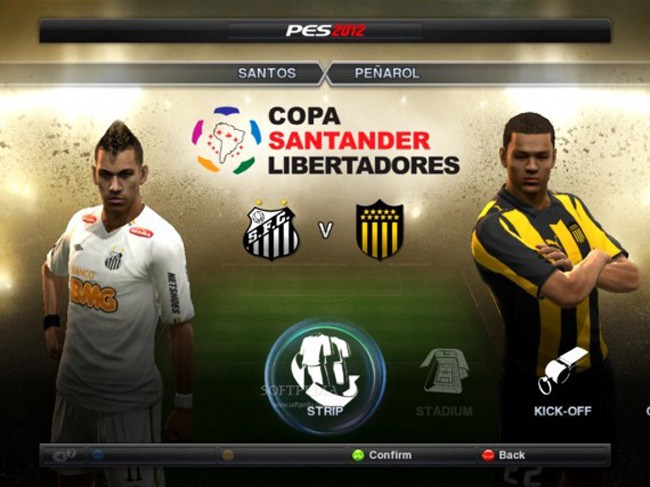 Man Blue versus Man Red
PES offers up the expected modes in a sport’s title with exhibitions, leagues and cups. Unique to Pro Evolution though, is Football Life, which offers up PES’s trademark Master League. This is the definitive PES experience. Become a Legend impresses too as you play a solo player’s career, rising in the ranks to one day become the new Pelé.

The licensed modes now include the Copa Santander Libertadores. This takes PES’s licensing for its UEFA modes: Europa and Champion’s League, and puts it in the tropical South American heat. However, all other leagues and teams are still unlicensed, and for a simulation game, this detracts from the enjoyment and immersion.

The multiplayer serves up what you would expect, but PES has four modes compared to FIFA’s many. Facebook has been included in this year’s edition and so stats and scores can be shared with your friends.

Onside
Overall, PES offers a lot in one package. It is a fully in-depth management game as well as a competent football simulation. However, it is falling behind on the pitch with bad AI, poor programming and limited defence. At the end of day, it is the off the pitch customisation that the game offers that makes it standout from it’s cousin FIFA. With its on the pitch flaws though, it is hard to reccomend PES to casual gamers and so it remains a series for die-hard fans.