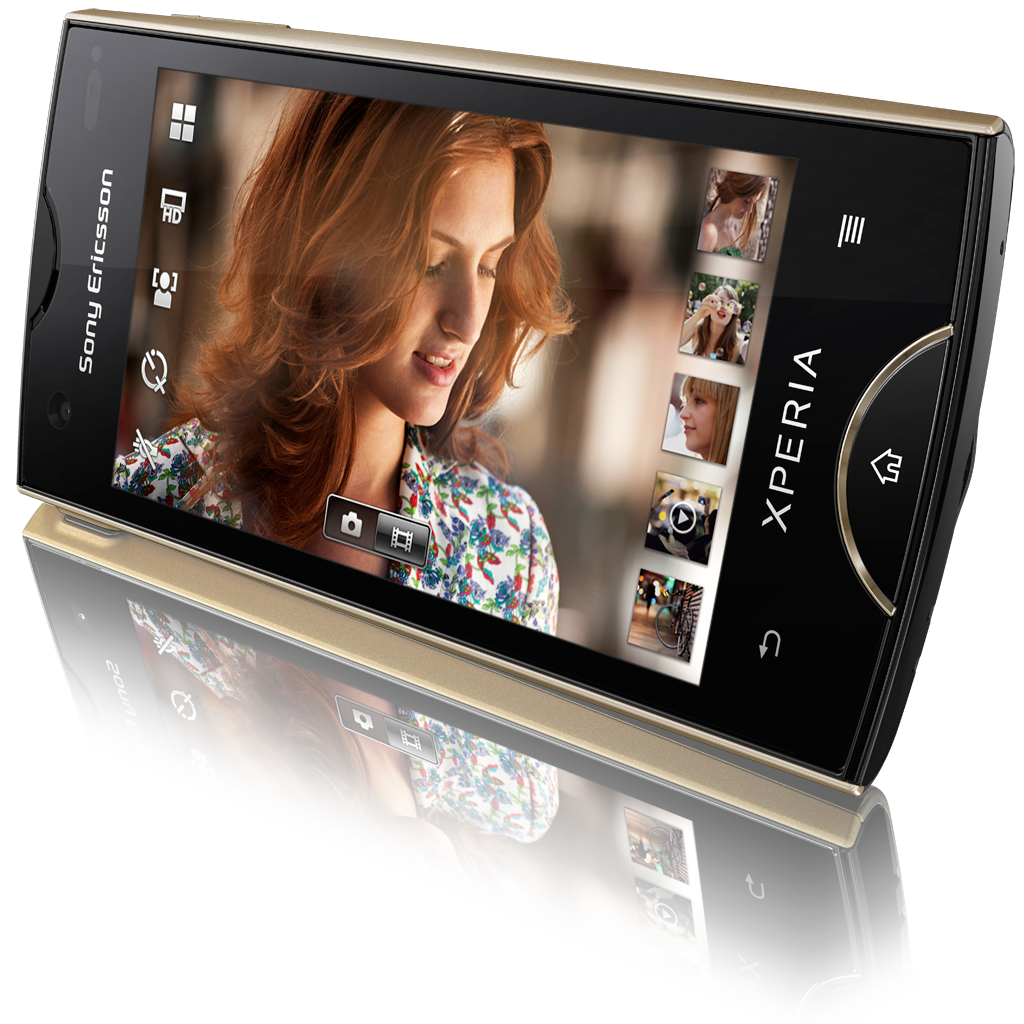 In a world of increasingly samey Android phones, Sony Ericsson drops the Xperia Ray. It’s pretty hard to make a mobile phone eye-catching or even desirable. Sure, the Jesus phone is attractive enough, but the Xperia Ray makes you want to pick it up and fondle it suggestively. It’s also pleasantly functional — after a disastrous fling with Microsoft and Winpho, the Andoid-based phones in the Xperia range are pretty good. 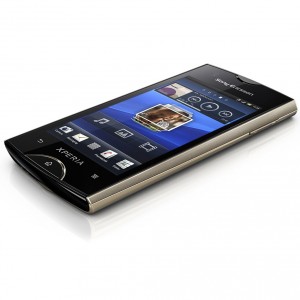 This phone is really small, and really powerful. If you’re hip and connected, and by hip I mean really, really hip, so hip that any bulge in your skinny jeans will cause instant social pariah-dom, then the Xperia Ray make a perfect sidekick. Less than a centimetre thick, and barely 10x5cm across, it’s slip-in-the-slacks compact, and yet big enough for the fantastically detailed screen to do the smartphone business. With 480×854 pixels on the 3.3” display you get a Retina-matching 300ppi (plus/minus). Even at this size, you can still get into the details of a Web page or app, and the touch is as accurate as any.

Smartphone, but smaller
This makes it tenable as a compact smartphone — many others of this type are seriously handicapped by less than pin-sharp screens and fuzzy touch, making text input hard. Not on the Xperia Ray. The keyboard works adequately in portrait, and is pretty fast to use in landscape mode, with S-E’s sensible predictive text system. What can be annoying is that sometimes for no discernible reason the text input hangs very briefly, causing a couple of missed characters. Hopefully a mere bugfix away from being a non-event.

Anyone that’s familiar with Android will be at home on the Ray — it’s a fairly vanilla interface. Sony Ericsson has tried jazzing it up a bit a la Sense or Touchwiz, but the attempts are feeble — a bit of skinning here, a bit of skinning there. There is an attempt at a “social media” centre with Timescape, but it does nothing of any use (or at least that the Facebook or Twitter apps don’t do better). I actually thought it was just some crapware and had already ditched it when I realised its real pedigree. 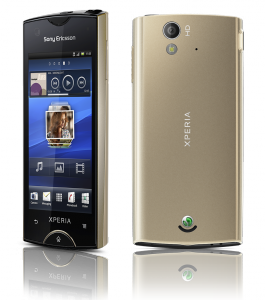 The Xperia does, unfortunately come with crapware. You know, the rubbish that PC manufacturers have been stuffing their machines with, the “free value add” software that’s either rubbish, trivial, or a crippled demo — or all three of these. This clawing for any kind of revenue is what ruined the user experience for PC buyers, it’s going to ruin the user experience for mobile phone buyers. Stop it! Please, for the love of Pete, stop it with the crapware already!

Hot hardware
Anyways. The Xperia Ray has a remarkable innards — a 1GHz Scorpion processor and Adreno GPU, and does b/g/n WiFi and HSDPA data, GPS and an 8MP camera that’ll shoot HD video. Seeing as this phone is pitched at a younger crowd, media support is strong — watch videos (ah ha ha, sure, if you don’t mind watching a 7cm wide movie), play music (the built-in speaker can successfully annoy many actual adults simultaneously if placed on a table to get the max volume out). The camera app is excellent with fast-access, intuitive controls, and picture quality is great in nice easy bright conditions. In back-lit, high-contrast or low-light conditions don’t bother. It flares horribly, and the camera light (no flash) is not blazing bright.

But does it phone? 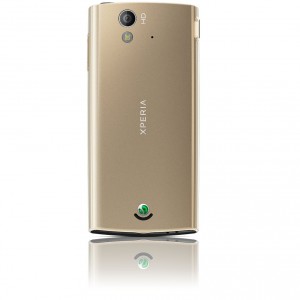 Call quality is excellent — although it’s a lower end phone, so little ability to reject traffic or wind noise. Battery life seemed decent enough — about four days it handled fine (although it’s not powering a massive screen, which helps).

What really lets it down (apart from the entirely forgettable ‘customisation’ of the vanilla Android), was that you can only do software updates through a PC. One: everyone else in the Android world can do it over the air. Two: PC only? Seriously? Apple is not only 10% of the total personal computer market, and estimates put it at 9 out of 10 of the $ 1000-plus market. To not have a Mac version is unforgivable. Even Nokia’s fixed that one. Kinda.

The updater itself is a bodge… no Mac version? Ok, no prob, I’m geeky, I fire up my XP box. Fail. Won’t install USB drivers. Ok, not beaten, fire up Win7 box. Installs, connects, then does mysterious things for about half an hour (application becomes totally unresponsive, you just sit and hope it’s working, not crashed). Eventually it gets going, to spend another HOUR downloading the software update. Then it crashed really, really horribly. Eventually, you get there. Not good enough.

There are other silly bugs — like the rather nicely designed email app (hey! Preview pane!) to access POP3 email didn’t check outgoing server settings properly, and then when I tried to send a message it sat, and sat, and sat, and sat. No error, no warning. Fixed the settings, and it worked. Needs fixin’. On every other phone in the universe if you start to type on the phone pad it enters a number but also checks your address book for name matches. The Xperia just types a number, you have to open the address book to look up a name. And by browsing only. Sigh.

Silly software bugs are a shame really, as the phone itself is a delight. Pretty, small, highly functional, great screen. This will make an excellent phone for someone that’s not geeky, but wants to still do all the stuff that smartphone-toting peers do. GPS, mapping and nav. Web browsing. Messaging across all the different flavours. Multimedia. Google Sky. Just smaller.

* This is in the “performance tips” help file: for improving battery performance, “Charge your phone often.” 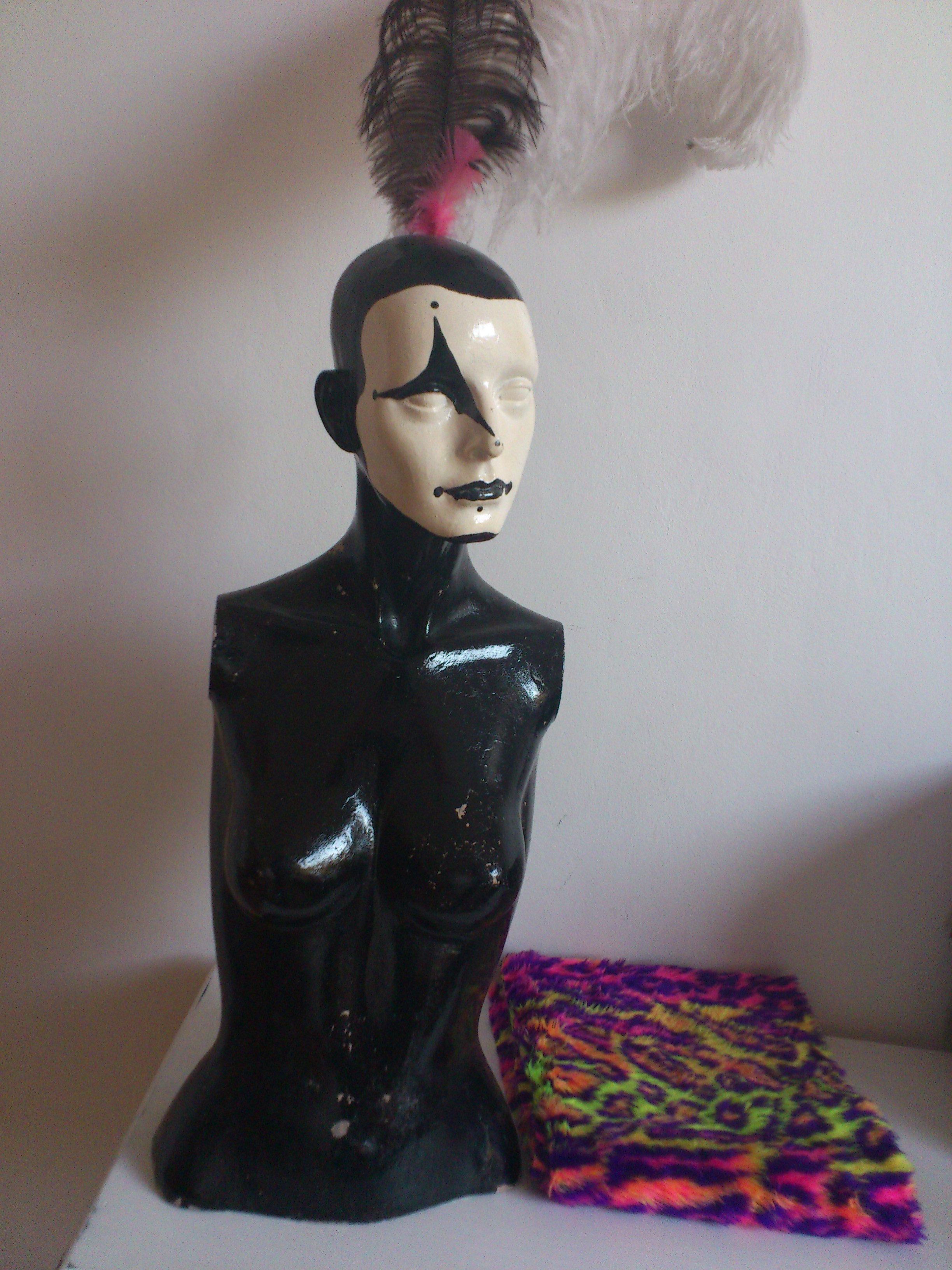