More
Home
Subscribe
Skip
Continue in 10 seconds
Skip
By Martin Carstens
Read nextPES 2012: Off the pitch winner or on the pitch failure? A mere one week after it was announced in the US, Motorola Mobility launched the spectacular Droid RAZR in South Africa last night. This made it just the sixth country in the world to get the RAZR. Vice President and General Manager of International Retail Distribution, Spiros Nikolakopoulos and Megan Nicholas, Country Director for Motorola Mobility South Africa showed off the Droid RAZR.

There’s no getting around it, the RAZR is one lustworthy device, and a worthy namesake to the original esteemed RAZR that went on to sell more than 130-million units.

Instead of the clamshell form factor of yore, the follow-up is a 4.3″ touch screen slate device. At 7.1mm thick, it’s impossibly thin, but doesn’t compromise on performance with a 1.2GHz TI OMAP 4430 CPU. Moto is touting its new Motocast “personal cloud” feature that allows you to stream media from your home or work computer over WiFi or 3.5G to your RAZR.

The RAZR has a Super AMOLED Advanced display and while it’s unclear how exactly it differs from Super AMOLED or Super AMOLED Plus, it does look vibrant and clear at a qHD 540×960 resolution. The RAZR has impeccable build quality with a KEVLAR fiber back, Corning Gorilla Glass display, “Splash Guard” splash proof design, and re-enforced steel internal chassis.

The RAZR runs Gingerbread 2.3.5, but has been confirmed to receive Ice Cream Sandwich 6 weeks after it becomes available for the Samsung Nexus Prime at the end of this year. As dimensions for the RAZR go, it’s 130.70mm in length 68.90 in width and boasts that record holding 7.1mm thinness.

The RAZR also has the usual fun stuff like an accelerometer, proximity sensor, ambient light sensor, compass and supports the DLNA standard.

Sadly the RAZR does not have a removable battery, but it’s a sacrifice Moto readily made to grab the “world’s thinnest smartphone” moniker. The absence of NFC prompted a conversation with Nikolakopoulos who suggested that NFC mass adoption is an infrastructure problem.

In South Africa — a country with no mass consumer facing NFC solutions –, a RAZR with NFC would be useless. He hinted that we might see RAZR versions with NFC coming to other markets like Japan where NFC is more prevalent.

The Motorola Droid RAZR will be available in South Africa in November 2011, for R6 999 prepaid, or approximately R269 on a Business Call Vodacom package. 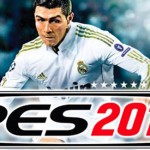