By Roger Hislop
Read nextApp of the week: TouchBase Calendar

The Beast of Mountain View has tweaked it a bit (Fresh, clean login experience! Revamped the “new tab” page!), and the manufacturing partners (Acer and Samsung) have done some plastics sleekening of their own. And cut the price by around 30%. This bit was buried at the end of the blog post, but now they’re selling for US$299 online.

Turns out tech users actually do want to store some of their own stuff on their own device. At launch some models were as much as $500, swiftly dropping to $450-odd, and Wi-Fi only versions at $350. And still not selling.

RIM is also giving the PlayBook a price haircut – they now start at $199 for a “limited time” (sure), down from anything from $499 to $699. The announcement by Tweet: “The #BlackBerry #PlayBook is at select #US & #Canadian retailers starting at $199. Limited time. bbry.lv/BBPBOF #HappyHolidays!”

With a big price cut – and RIM announcing that its QNX-based platform would soon run Android apps, there may still be a glimmer at the end of the BB tablet tunnel. 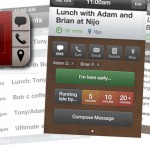