Emotion detection and lip reading are just two of the new features being built into the Kinect 2, say insiders. The original Kinect has barely begun to tap its full potential and now details of the future product have slipped under the door.

Sources revealed to Eurogamer that the Kinect 2, “tracks the pitch and volume of player voices as well as facial characteristics to measure different emotional states.” The current Kinect is restricted by the data limits of its USB interface.

As things stand, the amount of data from the Kinect sensor is limited to 15MB/s, owing to an artificial limit set in place by the Xbox 360. Microsoft created the limit to allow the simultaneous use of multiple USB devices.

The Kinect’s sub-VGA resolution of the depth sensor of 320×240 pixels and 30 frames per second are expected to be considerably boosted. Kinect 2 will apparently be able to track the direction of each player, their emotive states (via the volume and pitch of their voices) and a myriad facial expressions.

The source continues: “The Kinect 2 will feed the next Xbox more information and thus a higher resolution CCD(charge-coupled device) is used. It can be cabled straight through on any number of technologies that just take phenomenally high res data straight to the main processor and straight to the main RAM and ask, what do you want to do with it?”

Fresh rumours cast a new light on speculations of two Xbox models to be possibly released in 2012. These two models are aimed at both top and bottom ends of the market. The supposed “hardcore” players will receive an Xbox with all the trimmings and the casual market gets a lower-priced Xbox aimed squarely at Kinect users.

When questioned about rumours of the Kinect 2, Microsoft as usual said, “We do not comment on rumour or speculation.” 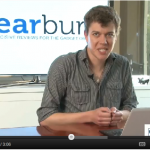