Uncharted 3: Drake’s Deception is the third and final chapter in the Playstation 3’s Uncharted series, ending the trilogy off on a high note.

“Naughty Dog once again takes a leap forward in cinematic gaming. Not only does Uncharted 3 deliver an impressive blend of interactive game play and stunning graphics, Naughty Dog has weaved an inspiring and personal story with genuinely relatable characters”.

For the plot of the latest Uncharted, treasure hunter Nathan Drake is once again on the trail of a conspiracy which threatens unravel polite society.

For Sony, Uncharted 3 represents the pinnacle of action-adventure gaming. Since the launch of the PS3, Unchartedhas helped define a new generation of gamers’ expectations which were sullied by the wobbly controls and lacklustre storyline of Tomb Raider. Uncharted takes well-known conspiracies and threads them with believable fiction.

For those lucky enough to own a 3D television, Uncharted supports this eye-straining feature. Naughty Dog has also included a social-sharing feature and for every achievement or gameplay moment, the player can post it to either Twitter, Facebook or even upload a short HD clip to YouTube.

While Uncharted may have been lauded for its “corridor gameplay” it has successfully managed to weave interactive cut scenes into real-time gameplay unlike any other title. Sony is especially proud of the graphical effects and advancements it has made in Uncharted 3’s technology.

“Effects such as fire and water have been overhauled to make each environment unique and interactive allowing gamers to rush through walls of water, aim and shoot through sloshing pools, and escape a château engulfed by fire that curls, billows, and smokes as it burns” said Sony. 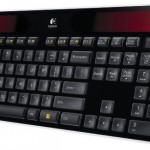