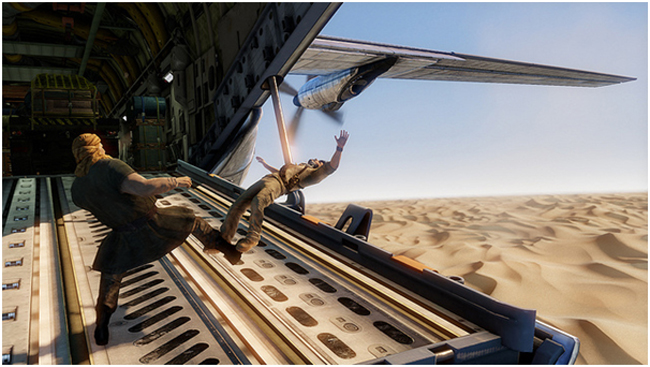 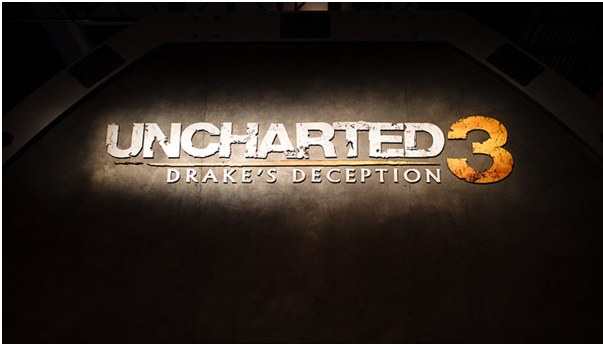 The Uncharted series is Naughty Dog’s pride and joy for good reason; it is both a technological achievement as well as a fine gaming experience. So does the third in the series improve on its predecessors, and does advanced game technology translate into enhanced gaming pleasure?

Emotional Story
Nathan Drake: adventurer, explorer, wise-ass. When we last saw him, he was walking off into the sunset after having found the tree of life and getting the gal. Welcome to Uncharted – a mix of legend and adventure all rooted in ‘reality’. That was Uncharted 2: Among Thieves – game of the year 2009. How could Naughty Dog improve on that title? The short answer: bigger and better.

Uncharted 3: Drake’s Deception (U3) sees Nathan Drake (Nate) along with father-figure Sully and co set out on the adventure of a lifetime…again. From the rooftops of Yemen and Columbia to the Arabian deserts, U3 will impress you with its scale chapter after chapter. From horseback to cruise liners, you will experience something unprecedented in today’s gaming standards. If Uncharted was a Hollywood Blockbuster, it would be a Jerry Bruckheimer production. So does this mean that in 2012 we have the perfect console game? Well no, but you have something comparable to the perfect gaming experience.

The game starts off in London: Nate and Sully enter a dodgy-looking bar. Their mission: a business drop. The merchandise: an artefact. After a deal gone wrong and a bar fight that would make Axl Rose jealous, the game does something the previous outings in the series never did. Whereas in Uncharted: Drake’s Fortune and Uncharted 2: Among Thieves, the frenetic pacing would have started by now, U3 remembers that it is the experience that the gamer will take away and so it gives you emotion.

This emotion comes in the form of back story. You find yourself playing as young Nate, no older than 14, hot on the tail of Sir Francis Drake. Where is the stubble you ask? At least there’s still the attitude. This is where U3 surpasses its predecessors; it hones in on the emotion of the adventure and invites gamers to lose themselves in the story.

The story’s pace quickens though and by the time you’ve finished the game, you’ve jumped off sinking ships, fought thugs 30 000 feet in the air and escaped collapsing cities. Indeed the story progresses as a series of close-escapes and yes, we’ve all seen this movie before. It’s Indiana and Lara’s bastard-child, but it’s a mighty fine time, as long as you do as you’re told.

Cinematic Corridors
Do as you’re told is the name of the game as Naughty Dog plays deity here. The levels are designed around ‘corridor gameplay’ where you run along narrow areas of game space, moving in the direction dictated by the design. You can only interact with the ‘destructible’ world where Naughty Dog says so. Is that rock slightly yellow compared to the brown rock face? Well then you can climb it.

Indeed, as long as you follow the design, you’ll have a wonderful experience. Platforming is intuitive and made easy, gun fights use ye old cover system, which is only clunky in tight spaces, and the puzzles break the pace nicely, although they rarely provide a challenge. In fact Naughty Dog hardly ever wants you to stop and smell the roses, perhaps if you did, you would notice the flaws. 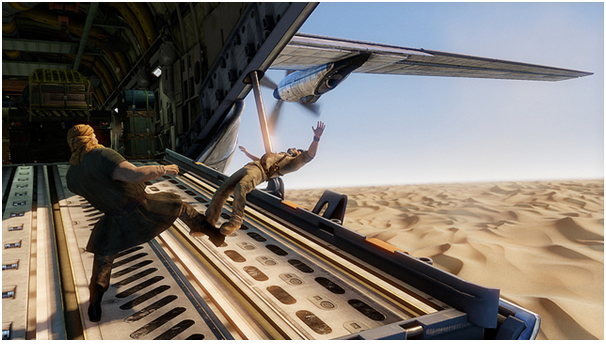 The design flaws are only apparent when you try and do something of your own free will. Going even just a bit off the designated path will find Nate dying in the oddest of manners, or just not being able to do anything. Naughty God says no. Try and climb something you’re not meant to, Nate will jump awkwardly into the object and fall back down, he won’t even try grabbing it. For an adventure game, there isn’t much in the way of exploration.

Cinematic ambitions prevent this. Uncharted would never work as a sandbox title because Naughty Dog would have to sacrifice both graphical power as well as cinematic flair. Indeed the cinematic tendency of the corridor gameplay works wonderfully. The camera changes instinctively and dramatically, and is only problematic in tight spaces. This design choice has a downside though: it sacrifices player choice. Know this when going in to U3; don’t try and fight it, and you’ll have a fantastic time. If you want more agency: this isn’t the game for you.

The technology behind the game is quite astounding. Fully procedural oceans map out the middle parts of the game, while a fully rendered desert takes you to the close. The lighting effects make for dynamic environments. If the design doesn’t encourage you to stop and smell the roses, the graphics will. 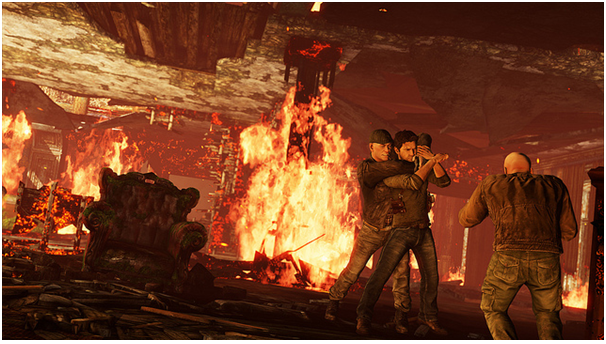 Notably, fire is done well in Drake’s Deception, an effect most games attempt with poor results. The fire effects see smoke billowing, flame and wood interacting beautifully. The water effects have been improved too, but U3 takes it to new heights with the cruise ship level. Water and gameplay work together seamlessly in a moving environment. The desert landscape thoroughly impresses. Naughty Dog has taken sand, an infamously difficult thing to render, and produced a landscape worthy of a Pixar blockbuster. It is how this technology, graphics and gameplay work together that separates U3 from its predecessors. Whereas the first two games came across as ambassadors for the engine, Drake’s Deception provides the complete experience: groundbreaking technology with intuitive gameplay and a huge fun factor.

Audibly, the game is striking. From the blockbuster music to the voice acting and sound, it is seamless in its presentation. Nate is the standout, as he should be, as he moans and groans his way through tough situations. The music rises in pace and volume during intense battles and provides great ambience during platforming sequences. Each locale has a distinct soundtrack appropriate to its theme and culture (albeit stereotypical), but everything adds to the experience.

Nate and co(mpany)
There are also complete multiplayer modes in the package: a co-op campaign which provides a few extra hours of splitscreen fun, as well as competitive online play. Both modes use the Call of Duty-esque ranking system with money and medals which can be used to upgrade guns and abilities. The co-op adventure mode sees you and your splitscreen friend taking on waves upon waves of enemies in familiar locales from the second and third games. Even if the single player doesn’t warrant much replayability, the multiplayer modes will provide hours of entertainment on top of your eight to ten hour single player campaign.

Polished Parcel
Overall, U3 is not perfect. The linear ‘corridor gameplay’ makes way for its strengths and weaknesses: cinematic and technological advances with tight level design versus gamer choice, camera issues, and less challenge. What remains though, is still the pinnacle of the modern console: an engineered experience. This is a one of a kind game that cannot be recommended more. Some might argue that Among Thieves is the better game, but the improved technology and the manner in which emotion is explored takes the Uncharted template and creates something not new, but better. It is the ultimate Uncharted experience. 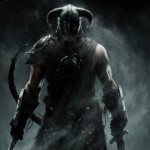