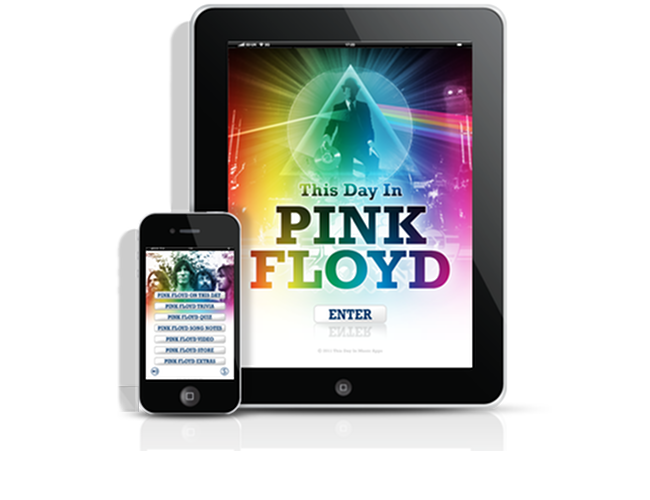 This week I take a look at This Day In Pink Floyd, a digital companion to (and a concise encyclopaedia about) Pink Floyd, the greatest band in modern existence.

That is, of course, just my opinion (though it’s true). We all have our favourites. You know what I’m talking about: that absolute gem of a group that you can listen to over and over again, that talented bunch of musicians that could never disappoint you, the band that you will evangelize about and defend until you breathe your last breath. Okay, maybe not all of you are as intense about it, but you get where I’m going, right?

For me, Pink Floyd is that band. As a kid, my father would play their albums in the car on long family trips and I would, unknowingly, just automatically relax and let the music flow over me. There was just something about the music that had, and still has, an amazing effect on my mood and state of mind. Obviously though, I was only six years old and couldn’t understand anything while listening to the lyrics being sung, but it stuck with me, even when I went through the inevitable pop music phase. When I was 15, my dad took me to see Roger Waters in concert and it completely changed the way I viewed music from then on. I got rid of all the crap I had taped from the radio and spent my days listening to each album back to back while meticulously poring over the lyrics, trying to understand what they all meant and how everything fit together. But enough about the band, if you’ve read this far, you already know what I’m talking about. If you don’t, do yourself a favour, I’m not even joking.

So onto the app, what exactly is TDIPF all about? Well, on the surface, it’s basically what it says on the box: a listing of important and interesting occurrences in the band’s history for each and every day of the year. Short paragraphs on where they played, which album was released, who they performed with and so forth are displayed in a beautifully designed and extremely user-friendly display (works best on iPad) while snippets of their most popular songs play in the background.

For hardcore fans and detail obsessed people like me, the app also has a complete discography for the band that includes highly detailed and seldom known facts about each album and song released. Release dates, recording venues, cover art and everything you would want to know are all packed into this section, as well as links to the iTunes store if you’re missing one or two of the tracks.

TDIPF comes packed with a bucket load of trivia about the band and it’s music, as well as a Pink Floyd quiz that you can use to test your knowledge and see just how much you know, perfect for brushing up on these obscure, lesser known facts before getting stuck into a long conversation with other fans at tribute shows about what exactly makes them so great…or just to educate yourself. Also included with the app are two backgrounds for your device: the infamous prism from the band’s 1973 masterpiece ‘The Dark Side of the Moon’ and the quirky man-on-fire cover from the 1975 follow-up album ‘Wish You Were Here’, plus a ringtone of those memorable four notes that make ‘Shine On You Crazy Diamond’ such a classic song. Links to various merchandise stores around the world, official websites for the band (as well as for each of the band members), a direct link to their official YouTube account and an newly restored video for their lesser known single ‘Point Me At The Sky’ round this app out as the ultimate companion to the awe inspiring and mysterious music of Pink Floyd.

At $2.99, you might think its a bit steep for a collection of facts, pictures and stories about a band that isn’t even around any more, but if you’re a fan, you’re probably already halfway done with the download.

Available for iPhone and iPad 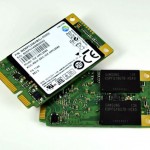