The battery vampire plaguing certain iPhone 4S users will be staked by iOS5.1, the version just released to Apple developers as a beta. iOS 5.1 will run on iPhone 3GS, 4, 4S, the iPads and the most recent iPod Touches.

Known as “Batterygate”, iPhone 4S users complained about the intense levels of power drain which their phones experienced. Fingers were pointed at Siri, the personal voice assistant for the iPhone 4S, as well as the inability for the A5 CPU and the various phone systems to play nice.

The iPhone 4S battery draining issue is not the only bug being quashed, iOS 5.1 brings with it a laundry list of changes and fixes, with important ones highlighted below:

For those lucky enough to own a developer account, the iOS 5.1 Beta 2 IPSW can be downloaded here. 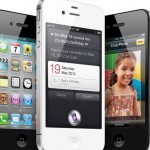