LTE lovers, your iPhone 5 and iPad 3 are expected to feel the heat of (theoretical) 300MBS wireless Internet. Apple rumours pass by our news desk on a daily basis and are blown off like autumn leaves on a neatly-cropped lawn. This one, however, holds particular weight.

The reliable Nikkei Business has reported that both new Apple products, the iPad 3 and the iPhone 5, will rock LTE 4G innards.

Once we wrangled the details from Google Translator, we discovered that Tim “not Steve Jobs” Cook has already been in meetings with the chief executives of Japan’s largest mobile carrier, NTT DoCoMo, to discuss the hardware requirements of the 4G iPad and iPhone.

The phones are expected to launch next Summer in Japan, so the timing of this meeting seems just about right. Tim Cook met with DoCoMo presidents Kiyoyuki Tsujimura and Takashi Yamada to begin negations which also included basic marketing agreements and sales volumes.

LTE is well worth mobile phone owners attention, as many of the Samsung Galaxy products can attest to. It is a full five-times faster than current 3G wireless speeds, practically eliminating the need for a fixed-line DSL connection.

Many hoped that the new version of the iPhone (which turned out to be the iPhone 4S rather than a fifth gen) would have included LTE, but Apple decided to reign in lightening-fast speeds for improved battery life. Sadly, with a battery-drain issue plaguing a large portion of the new iPhones, Apple may have played a bum hand in relation to hardware choices.

Other iPad 3 hardware rumours include a 330 pixel per inch display which would surpass the “legendary” Retina Display of the iPhone 4. As for the iPhone 5, there will be an entirely new casing as well as an quad-core A6 processor designed by chip specialists ARM. Summer 2012 will reveal all! 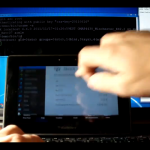