If you thought that Apple’s secret tracking of the iPhone cell tower and WiFi access point location information was the be-all and end-all of mobile privacy concerns, think again. It turns out that some Android phones are doing the same – and worse. Carriers in the US and their OEM handset manufacturers are adding rootkit software to the Google OS to potentially record every single action mobile phone users take – from connection information to individual keystrokes. The use of the tracking software by networks in other countries is as yet unknown.

The story first broke a week or so ago, but got little attention as at the time it seemed that the monitoring was network performance related and relatively innocuous. It’s now been shown this is not the case.

The video below, from a young Android developer, shows how his mobile phone has been recording myriad details in an effort to “make your user experience better”. The technology is from software company called CarrierIQ, which has been setting it’s legal thugs on the researcher who publicised the issue (the EFF has come to his aid).

Carrier IQ is the developer of the spying software, which is installed by default on a number of Android phones in the US (researchers are looking into phones from networks in other countries). Worrisomely, the mobile networks and smartphone makers pre-installed the tracking software without so much as a by-your-leave or opt-out option. Nokia insists that it has not included the spying software on its smartphones as some accounts have alleged. “CarrierIQ does not ship products for any Nokia devices. Therefore, these reports are inaccurate,” says Nokia’s statement.

It’s not an Android-only issue, as CarrierIQ runs on BlackBerry devices as well – this aspect is still being studied by researchers. In its most basic form, it’s supposed to assist the networks and device makers harvest useful data on connection quality – but the researcher has shown that CarrierIQ is transmitting a lot more to the network provider – even if the phone is supposedly in “airplane mode” with network access turned off. This data is then being used for purposes which would include market research into aspects such as users’ app choices – and potentially much more as it can drill down into individual users and their locations.

The HTC EVO 3D was the first smartphone to tip off the developer, Trevor Eckhart, of Carrier IQ’s existence when an update to the phone with “user behaviour logging” included in the code was discovered. US mobile network Sprint insisted that the logging application did not “gather granular data which includes contents of messages, photos, videos, etc.”

Unsurprisingly, the mobile networks lied. The Eckhart goes into detail his blog about how Carrier IQ is essentially a “rootkit” which runs secretly in the background, recording keystrokes (which covers every conceivable input on your phone) and location.

Are you affected? Eckhart says that Android and Blackberry phones are most likely affected. It seems iPhone and Nokia smartphone users are unaffected.

Can you remove it? Not really, according to Eckhart. The only solution is to install a custom ROM, which is something that many users are simply not interested in doing.

The CarrierIQ rootkit issue is quite separate from news reports of bugs in Android that can circumvent the permissions model to allow malware to eavesdrop on calls and extract location and other private information. 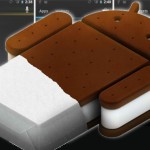