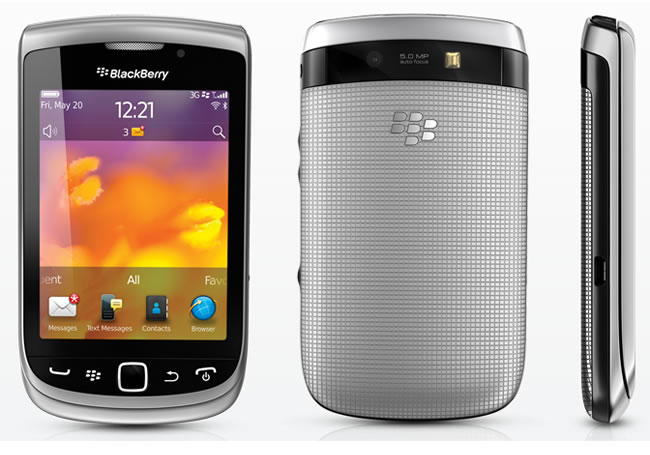 It feels like RIM’s current range of products is dwarfed by the melodrama of a flailing company desperately trying to reinvent itself. Pundits are looking ahead to RIM’s first OS 10 device, the “London”, hailing it is as the smartphone maker from Ontario’s final chance at redemption.

Meanwhile, oblivious consumers, especially in RIM’s stalwart EMEA regions, continue to walk into carrier outlets and ask for the BlackBerry brand. If they want the best RIM has to offer, a sales representative will brandish a Torch 9810 and acquaint them with a line akin to: “it has the best of both worlds: a large touch screen, and full QWERTY keyboard”. The new BlackBerry owner will pay handsomely and leave with RIM’s finest, blissfully unaware that OS 7 is an interim OS, soon to be usurped by RIM’s Pièce de résistance, the QNX based OS 10.

Tellingly, RIM remains mum on whether or not OS 7 devices will be upgradeable to OS 10 — scheduled for late 2012. Most likely, they won’t be, OS 7 could be the end of the line for your brand new 9810 in just a few months.

If you’ve read this far and you understand the potential brevity of the product life cycle, read on.

Do you have a Torch 9800? That’s exactly what the 9810 looks like. The dimensions are the same bulky: 11 x 62 x 14.6mm, and even weigh the same 161 grams. The design, buttons and ports? Identical. Opened, from the front, they both appear the same, barring the colours of the call and cancel buttons, which on the 9810, is monochrome. The only distinguishable aesthetic characteristic of the 9810 is the silver checkered battery cover. The phone’s build quality is solid enough, but when opened, the display can feel loose at times.

As with the 9800, the 9810 has one convenience key on the right-hand side of the phone — programmed to open the camera by default –, volume up and down keys as well as a 3.5mm headphone jack. The mute button as well as a lock/unlock button is situated at the top. On the left you’ll find a lone microUSB port.

The SIM and microSD slots are inside the battery compartment, and it’s worth noting that you can’t extract or insert a microSD card without first removing the battery.

Something else worth noting is that, although the trackpad tracked true and steady, it seemed to stick when pressed from time to time, but it could just have been a faulty review unit.

RIM’s chipset of the moment is the Qualcomm Scorpion MSM 8655 processor which is clocked at 1.2GHz (twice as fast as the fastest last generation 9800) on the Snapdragon S2 chipset. The chipset brings an Adreno 205 GPU to the table which means you get hardware accelerated or “Liquid Graphics” as RIM likes to call it.

Sadly, the 9810 is what the 9800 should have been a year ago. Today dual-core phones are the norm and have been around since the early part of 2011, while quad-core CPUs are being readied for 2012. A single-core CPU in what is supposed to be a high-end offering from RIM, is an awkward sell.

Having said that, the 9810 running the BlackBerry OS 7, absolutely blows the 9800 out of the water. It’s night and day.

Apps open and close instantly, HD video recording and playback is smooth, the web browser runs 40 percent faster than on OS 6. As far as the app selection for OS 7, it’s a meagre affair, so don’t expect blockbuster game titles to take full advantage of the updated hardware.

The Keyboard is essentially the same as that of the 9800. It’s not the best keyboard BlackBerry has to offer. For the best look to something like the 9900/9930.

The 9810 has 768MB of internal memory for application storage and 8GB of internal storage. In comparison the 9800 had 512MB application memory and 4GB internal. Storage can be expanded through the microSD slot which supports cards as large as 32GB.

There’s one 5MP autofocus camera onboard which is capable of recording video at 720p. The 9800 could only manage 640×480 resolution video recording. The 9810 takes pictures quickly, has an LED flash and can do standard stuff like geo-tagging, face detection, and scene modes for different lighting conditions.

Phone quality is good, but speakerphone mode suffers a bit in areas with bad coverage.

The 9810 has the same 1270mAh battery as the 9800, but appers to be slightly more power efficient. RIM estimates: 6.5hrs talk, 12.8 days standby, 7 hrs video, 54 hrs audio. Your mileage may vary, but expect about a full day with default settings and moderate use.

The 9810 includes an accelerometer for device orientation, a magnetometer that acts as a digital compass, and a proximity sensor that turns off the touchscreen display when you’re on the phone.

The 9810 fills me with a slight sense of apathy. Yes it’s a fine phone, but it’s a year too late. The 9810 is without a doubt, what the 9800 should have been. RIM’s slow pace of evolution has put the company in a dangerous position, and with the 9810, it feels like RIM is playing catch-up with phones of yore.

I can’t help but wonder how different things would have been, had RIM released the 9810, one year ago. The phone’s internals could have inspired developers to create great applications for the app-starved BlackBerry platform.

Having said that, if you have a Torch 9800, or you’re hooked on your unlimited data plan, BBM and a full touch screen with keyboard combination, the 9810 is that same quintessential BlackBerry experience; amplified. Faster CPU, better browser, better camera, OS 7 with accelerated graphics, HSPA+, more memory, better display, and more sensors.

Gear it or burn it? Burn it.