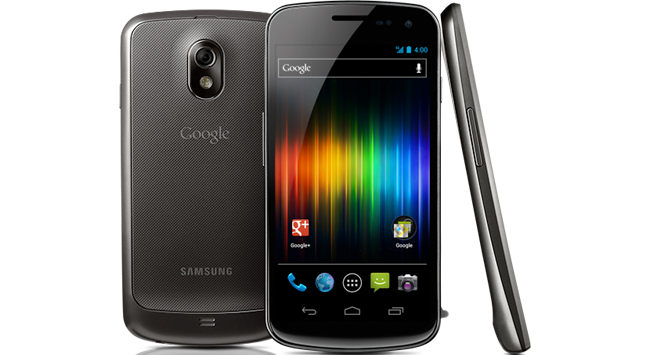 The Samsung Galaxy Nexus was pretty big news when it launched. It holds the honour, after all, of being the first phone to come preloaded with Android 4.0, better known as Ice Cream Sandwich. At CES International 2012 we managed to get our hand on it for the first time.

First things first, it’s big. With a 4.5″ screen, it’s a little bit smaller than Samsung’s hybrid phone tablet offering, the Note, but it’s still not what you’d call discreet. This small size difference will, of course, mean that comparisons with the Note are inevitable.

Thing is, nearly everyone in the ‘burn offices loved the Note right off the bat. It even converted one of our most zealous Apple fanboys. Any more comparisons I make will, therefore, be unfair.

Despite its size, the phone is incredibly light, weighing in at around 135g. I know I shouldn’t be surprised by that kind of thing in an age of super-light, polycomposite material, but it’s impossible not to feel a little startled when you pick the Nexus up.

Looks wise, it follows on from its ancestors with heavily rounded corners, more reminiscent of some HTC offerings than anything else built by Samsung.

On the model I played with everything ran smoothly, but that should be what you get with 1GB RAM and a Dual-core 1.2 GHz Cortex-A9 processor. There’s no card slot for extra storage, but it does come with either 16 or 32gigs of internal memory. That puts it in line with some tablet models.

The 5mp camera is great, but only if you use it properly. Don’t go expecting it to turn the tequila-driven snaps you take on a night out into photographic masterpieces.

The multi-touch screen is beautiful. Rather than having to drag your fingers across the screen, as is the case with some phones, the Galaxy Nexus reacts to light gliding touches, almost as if you were tickling the back of a sleeping lover.

Ice Cream Sandwich is pretty cool, but you can tell that most of the updates are under the surface. That’s not necessarily a bad thing though. Visually, there have been a couple of tweaks but nothing that’ll make you feel like you have to completely relearn the OS.

In the brief amount of time I had to play with it, the Galaxy Nexus acted beautifully. I cannot, however, tell you what it’s like to live with. For that you’ll have to look out for our future review.