By Steven Norris: grumpy curmudgeon
Read next2012: The year of the everyman tablet The human world is unprepared for emotive robots. Japanese robots with human-like faces which smile, cry and shout only create a larger gap in the uncanny valley. Enter Mimbo, a cardboard creation which more gently resembles human expression thanks to an emotive iPhone as its visage.

Mimbo is a simple cardboard design wrapped around an iPhone. Anyone can cut it out, prop an iPhone inside and turn it on. Eyes, eyelids and a mouth are cartoon-like in nature, but easy enough to produce recognisable emotions. Mimbo’s mouth is akin to a DJ’s fader and it smiles or frowns with a rainbow palette of LED lights. The “magic” of Mimbo comes courtesy of TouchOSC.

TouchOSC costs US$5 and is an integral part of Mimbo’s creation. The TouchOSC editor is exceptionally easy to use, allowing the user to customise their own Mimbo facial features, or upload a custom interface which contains a full set of emotions.

In order to synch the iPhone with the computer’s camera, it takes a fair amount of coding which can thankfully be copied off the Instructables Mimbo page. Note that it takes a fair level of basic understanding though in order to comprehend the concept of melding the TouchOSC and FaceOSC applications.

Want to create your very own Mimbo? Instructables has the fairly complex set of instructions laid out for you. The video below demonstrates the full range of facial emotions which Mimbo is able to track. Pretty impressive, and it sure beats the hell out of those dead-eye Asian monstrosities, which we have included a few of just to frighten you. Mimbo though, is a real sweetheart. 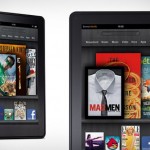