By Roger Hislop
Read nextLogitech presents the Cube, a mouse that is a presenter 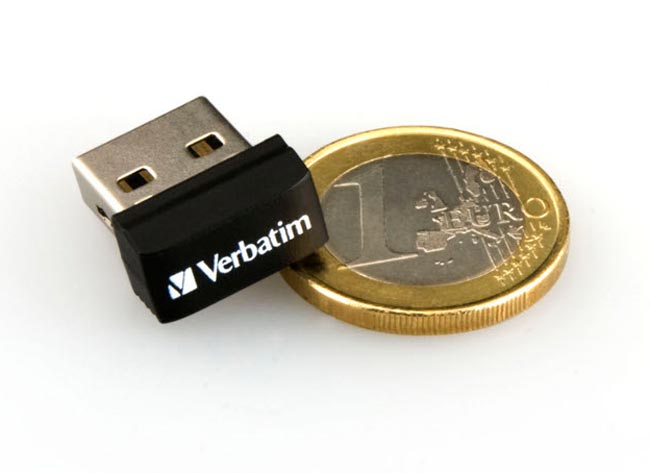 Not a cricket chirped. Not a tumbleweed rustled in the chill wind. I sat contemplating the tiny little Verbatim Netbook USB solid state drive squatting on the mound of the fleshy part of my thumb. It sure is tiny — imagine you take the metal bit of a USB plug in hand, and with a sharp lightsaber cut off everything but a little plastic nubbin to grab hold of, and you would have the Netbook USB drive.

I looked up, bemused. I should get moving, they would maybe come back. Around me the corn plants were rustling, their turgid yellow ears waving above my head. In my pocket now sat gigabyte upon gigabyte of alien material pirated off one of their deep space ship’s unsecured servers. It’s incredible, after only a decade in the market, USB 2 is almost universally ubiquitous. It has been adopted by geeks, grannies, beer-swilling meatheads, peace-loving beings from distant stars and warlike tentacled savages from other dimensions. Truly the USB SIG (now the USB IF) did an excellent job of bringing this tiered-star topology host-device generally synchronous device connection standard to market. Well done, the lot of you.

The plug is fairly big — back when they introduced it you’d maybe have three or four USB ports on the back of your big ol’ metal computer, down near the fan grill. Now you have them USB plugs on the front of your removable-face car stereo. And then since Vista, Windoze users can use a USB drive to speed up performance (it acts as an extra cache, it’s called ReadyBoost — you did know this, didn’t you?). This is all good, unless you use a notebook, in which case a USB drive permanently sticking out the side of your machine is a recipe for a broken USB connector. The same applies to car stereo faces.

I stood up and walked towards the highway’s lights. At first the going was easy as the corn had been flattened into three concentric rings with two long spurs at precisely 27.5 degrees stretching out across the field, each plant bent at the base and lying perfectly parallel to its neighbour. It had been a long night. My head hurt, and where they’d inserted the probe still smarted somewhat.

The whole sorry saga had started a few hours before. I’d been driving along the R27 towards Yzerfontein — late afternoon, glorious sunset, only the enormous pied crows that haunt the roadkill on the blistering black tarmac  moved. I saw a hitchhiker.

It’s a dangerous world we live in, but I’ve spent more than my fair share of bored, helpless, immobile hours on the sides of roads with my thumb out. I picked him up. Funny looking cat, painfully tall and slender, with thin lips and big sunglasses. He was wearing gloves or I’d have noticed he only had four fingers earlier.

I had some tunes going on my car stereo. “Where’s the source?” he asked, “That’s a USB or CD-ROM player, and I don’t see a USB stick or a CD in the drive.”

“It is using a USB stick — check it out,” I said. “That little black nubbin on the right there. Sixteen gig, and you can leave it in all the time, even when you pull the face off when you park in a dodgy area at night. Won’t come out, won’t bend the connector.”

“OMFG!” he gushed, “That’s so awesome. I’ve been looking out for a nice small, low-profile USB drive for my atmosphere landing craft for ages.”

“Atmosphere landing craft?” I said, curious. And that’s when I noticed the slender but wicked looking raygun in his hand, pointed at my heart. “It’s not set to stun,” he said.

The next couple of hours were taken up by alien abduction, rectal probing, experiments in telepathy, hacking the deep space beam (all channels) and pirating their collection of debauched Fonfon Ru footage and the theft of a crop-circle mower to escape in.

All of which is a lot less interesting than a detailed discussion about a tiny USB memory stick. 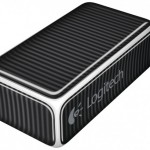 Logitech presents the Cube, a mouse that is a presenter
Geeky Gizmos • 10 Jan 2012
Read More
More