Speaking to Dan Lyons, Steve Wozniak, the engineering genius who co-founded Apple in 1976, had some good things to say about Android. The Woz still thinks the iPhone is the best smartphone overall, especially for the mainstream consumer, but mentions some aspects of Android that he thinks have surpassed iOS. Steve loves the design of his iPhone, but wishes it did all the things his Android does.

#4 The learning curve for Android is a bit steeper, but once mastered, has more to offer.

#5 Android could be to iOS today, what Windows was to Mac in the 1990s: a real threat due to licensing of the Android OS to hardware manufacturers. Woz acknowledges the similarity and sees it as a legitimate threat as he thinks Android is a better OS than Windows was at the time, also in terms of application design and aesthetic. “There’s not as big a difference [between iOS and Android] as there was between Mac and Windows”.

#6 The Apple app approval process is bureaucratic, whereas Android developers can get programs out faster, and push out tweaks as well as revisions in less time.

#7 Siri was better as a standalone program, and now that it’s built into iOS, is not as good. He especially called out Siri on requiring an Internet connection. He noted that it was particularly annoying when he wanted to call his wife, for example, and that he’s never had Android come back and say, ‘I can’t connect over the Internet.’”

#8 Since iOS 5, battery life is better on Android. 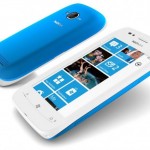