Chrome, the popular browser from search giant Google, has been officially released for Android 4.0, known as Ice Cream Sandwich. The web weighs in on this landmark mobile browser.

Zoe Fox from Mashable states an interesting fact regarding Chrome for Android, that only 1% of the current Android market has access to the download. According to statistics, 99% of Android phones activated within the last two weeks don’t run Ice Cream Sandwich (ICS). There are an estimated 200 million activated Android mobile phones worldwide, with only 2-million of these phones rocking Android 4.0. For those with ICS, users in the UK, France, Germany, US, Japan, Spain, Australia and Argentina can download Chrome for Android now.

Tabbed browsing and desktop syncing are the two features PCWorld fingers as standout features of Chrome for Android. For mobile phones, individual tabs won’t appear on the screen at the same time, users have to make do with swiping left or right to access each tab. On tablets, tabs function the same as the standard Chrome browser.

Desktop syncing pretty much keeps all links and information from the desktop version of Chrome intact. Bookmarks from mobile Chrome get their own folder in desktop Chrome. Auto-complete suggestions also port over from one device to another.

One of New York’s oldest magazines spoke to the experts attached to mobile Chrome. “Google is evaluating bringing Chrome to all platforms,” says Lily Lin, Google spokesperson. This nugget of information brings with it the hope of Chrome for iOS and possibly BlackBerry platforms. Google Chrome team leader Sundar Pichai says that Chrome for Android is focused on “speed and simplicity”. This is in reference to the “seamless sign-in and sync” technology.

The “godfather” of gadget sites ran SunSpider benchmark tests to rate the performance of mobile Chrome against competing browsers. How did Chrome fare? Not that well, in fact it scored the second lowest after FireFox Beta. The stable version of Firefox mobile scored the highest, followed by Dolphin and the Native Android browser.

It’s not all that bad though, as the usability of the mobile OS outweighs the “lack” of speed. Despite this, Engadget reports that “Chrome felt faster despite its low score”. 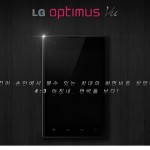