By Steven Norris: grumpy curmudgeon
Read nextThe Last of Us: A Preview Another day, another iPad 3 story. Try to take this with a pinch of salt, as we are about to reference various “sources” and “industry insiders” who all attempt to confirm a release date during the first week of March.

This site uploaded an image of what it says is the rear housing of the unreleased iPad 3. The picture reveals some traits of the iPad 3, such as extra room for a bigger battery, as well as a new camera and an upgrade to the LCD screen. Is this the Retina Display iPad users have been begging for?

If the Retina display speculation pans out, users could be looking at a resolution of 2048×1536 or effectively, four times the current resolution of the iPad 2.

If the endless stream of rumours are true, LTE connectivity is also in the iPad 3 pipeline. The issue there is that LTE would effectively halt the iPad 3 from being released in most countries, outside of China and some areas of the US.

Processor-wise, an A6 CPU is rumoured for the iPad 3. This is according to the most recent leaks from the iPad production lines.

Accordingly, Apple has urged third-party developers to get their asses in gear for a March launch of the iPad 3. This site managed to get an iPad 3 developer to cough up further details: “Our sources tell us that this selection process is continuing at an increased rate as Apple looks to finalize the lineup for the iPad 3. There is also emphasis on graphics-oriented applications with high-definition assets, which appears to be in line with the new iPad featuring a ‘Retina’ display.”

As for the launch, a “high profile event” is planned, and will most likely take place at the Yerba Buena Centre for Arts in San Francisco, according to this source. 2011 was a landmark year for the iPad 2, so what is to stop 2012 from being the year which Apple once-again dominates the tablet market with the iPad 3? Nothing at all. 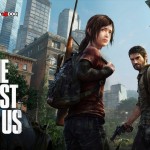