By Steven Norris: grumpy curmudgeon
Read next5 Games that would make great films

I’m not one for product mock-ups, but in the case of this iPhone 5 design, I’ll make an exception.

Italian designer Federico Ciccares took the initiative (and cumulative iPhone 5 rumours) to create a series of renders which speak volumes on the possible design of a new iPhone. Wonderfully curvaceous and oddly resembling Apple’s Magic Mouse, the concept design is a sight to behold. Let’s dig in. 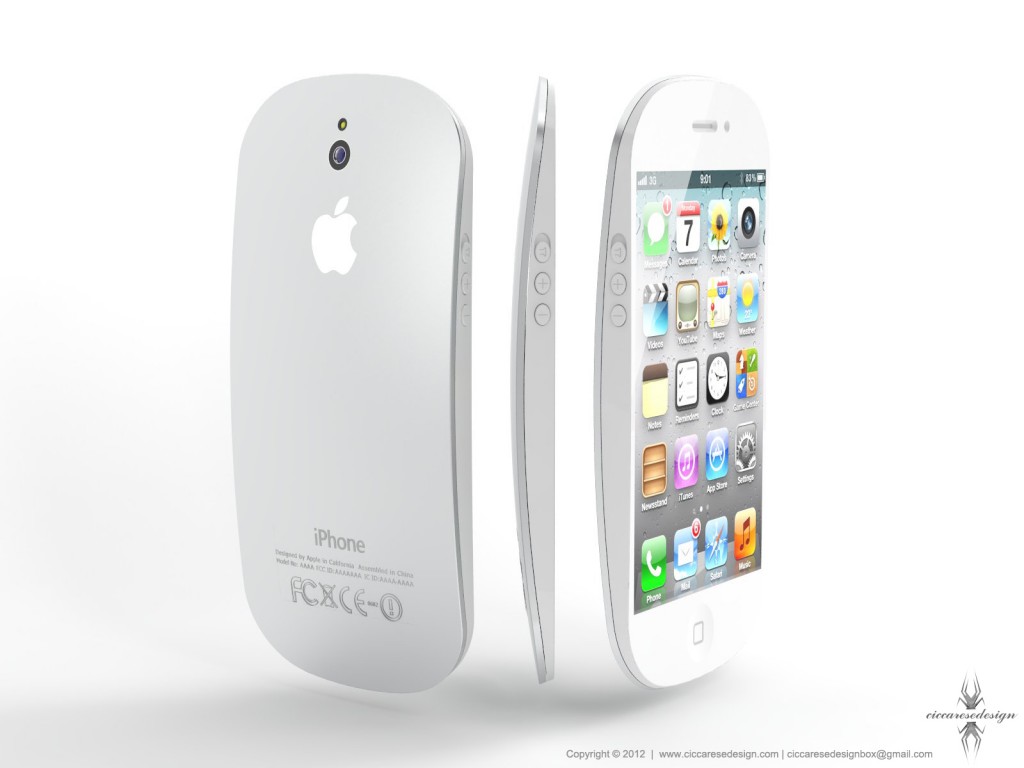 The first image is telling. The curved back ideally fits in the palm of the hand, with volume and lock control within thumbs reach. No space is wasted and the screen almost apes the edge-to-edge design of the Samsung Galaxy S II, the current benchmark of smartphone design in our opinion. 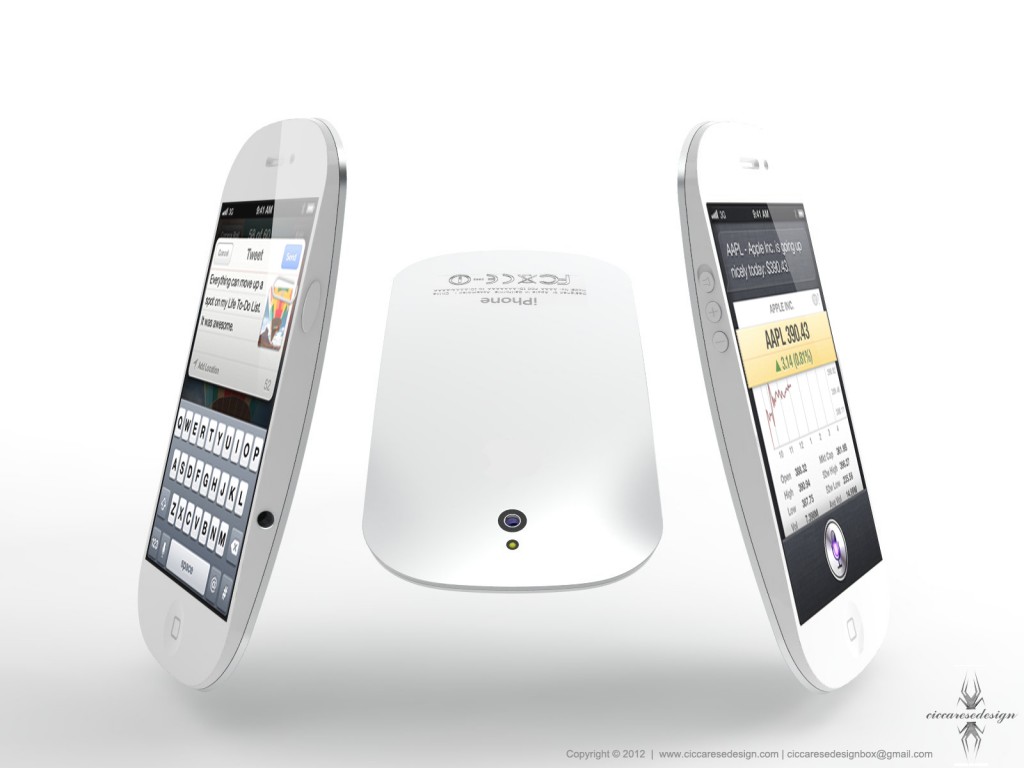 Look at the camera, see how it hugs the arc on the top of the iPhone? See how it’s now centred? It’s an ideal photographic solution which easily allows left or right-handed snapping. On the right of the concept image is the headphone jack, which thanks to the lack of width on the top or bottom of the device, finds an uncomfortable home on the side of the “iPhone 5”. 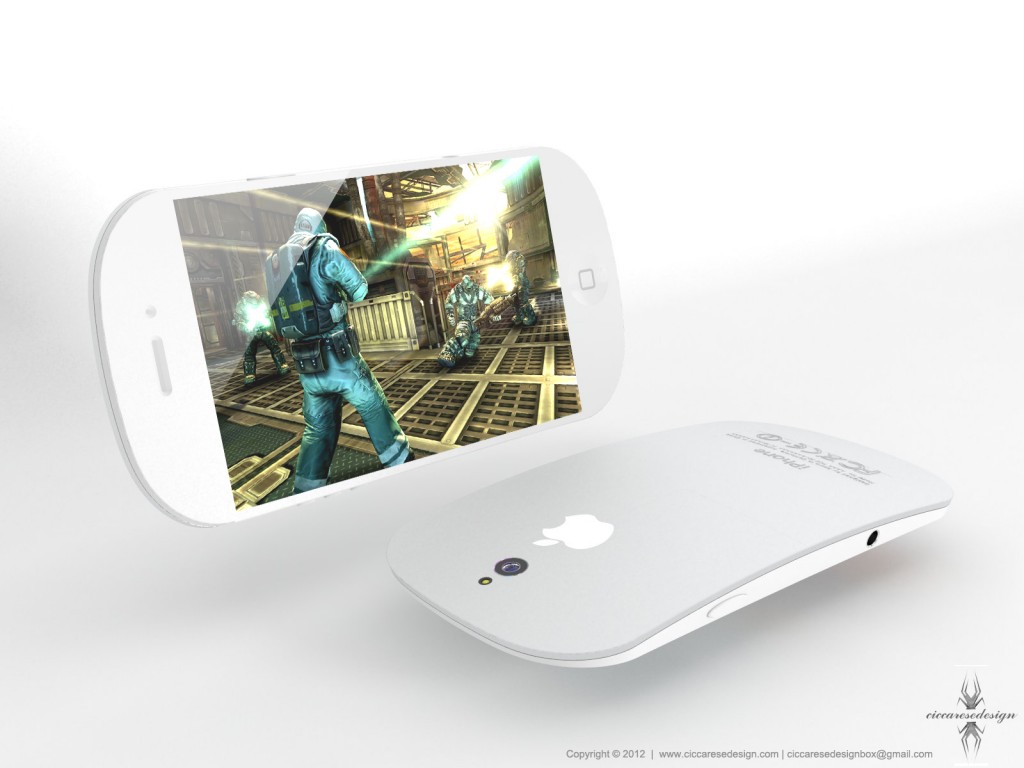 The screen is the focus though. Strip away the needless details, hone a phone down to its purest form and the screen stands out as an LED island in the cool waters of Italian-design. It seems larger in this mock-up, and could be almost 4-inchs in length (compared to the 3.5-inch screen of the iPhone 4S). 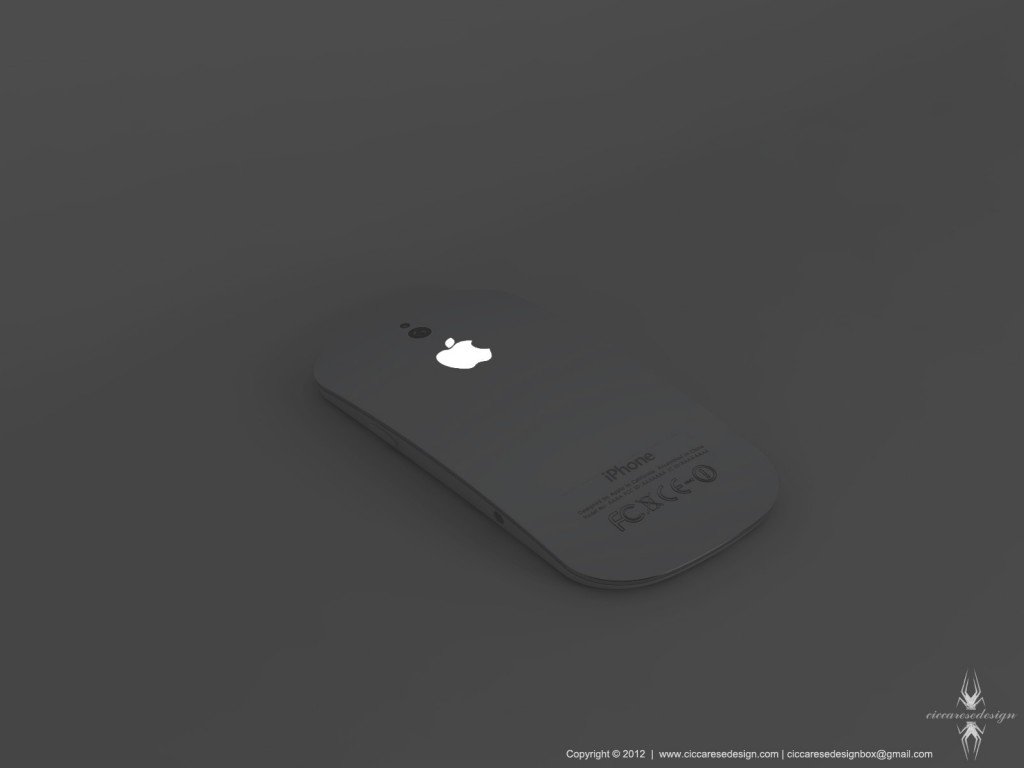 The ultimate and final image reflects the heritage of Apple, as the logo on the rear of the mock-up glows, akin to a MacBook. This is the ideal fit for an Apple device with such a storied legacy. It’s the sort of sparkle we’d love to see incorporated into the next iPhone. Fact or fiction? Either way, Ciccares created a stunning design. What Apple has planned for the iPhone 5 though, is anyone’s guess.

All images care of Ciccaresedesign.com 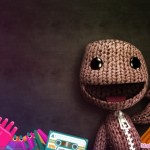