Exciting times, iOS 5.1 “pre-GM” or Golden Master details have been leaked out by a Spanish iPhone rumours website. Golden Master versions of software are usually the final product, so whatever is revealed in this article, will most likely land on iOS 5.1.

The quick-camera access, once only possible via a double-tap of the home button in lockscreen mode, is now accessed with a slide. In iOS 5.1, the camera app slides up without the phone needing to be unlocked. This would be a much faster and cleaner method of accessing the camera from a locked state.

Rumour two: Siri is about to get a Japanese language setting. Siri itself admits that it can speak Japanese, but until now, there has been no such option in the language settings. With the iPhone 4S selling like gangbusters in Japan, this language setting makes perfect sense.

Will iOS 5.1 release in conjunction with the new iPad, which is in turn scheduled for a March delivery date? While the screenshots cannot be confirmed to be legitimate, they certainly point towards a cleaner UI option, which Apple is well-known for. On the flipside of the coin, iOS 5.1 beta has been seeded to developers since the beginning of this year, so there is still a chance that some of these features may be left out as developers work out the kinks in the system. The next few weeks signal exciting times for Apple fans. 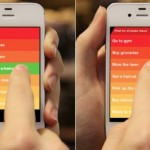