We’ve harped on about Fez before on Gearburn. Simply put, it’s one of the most exciting independent games ever made. On 13 April, Fez will launch on Xbox Live (XBLA) for the price of 800 Microsoft Points, or US$10. No other platforms have been considered, for now.

Fez is all about the Zen-like trip through three-dimensions. The adorable pixel art plays to the strengths of Fez, letting the player rotate the 2D world on a 3D axis to solve intricate puzzles.

For well over five years, Fez has been locked inside development hell. Announced in April 2007, it is the creation of developers Polytron who have today announced it’s April 2012 release date.

What more is there to say, other than download it the instant it arrives on XBLA. In the interim, lap up these screenshots and videos of the soon-to-be smash hit indie title, Fez. 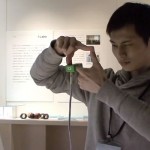