By Steven Norris: grumpy curmudgeon
Read nextThe best review of the new iPad since the beginning of time [Video] The Xbox 360 is doing well. After hanging onto the top of the charts for a year and change and dominating 46% of the US console market, it seems like the time to herald in a new Xbox. Not so, says Microsoft.

David Dennis, Xbox spokesperson and Group Manager of PR says, “For us, 2012 is all about Xbox 360. There will be no talk of new Xbox hardware at E3 or anytime soon.” Queue fanboy tears.

Bloomberg reports that we could possibly see a new Xbox in 2013. So we have to wait until next year for an Xbox 720? We think it’s a smart move as the current Xbox is stronger than its ever been. Let’s look at the facts:

Sure, Kinect feels like a Wii-style invention but it’s more powerful and the games coming out for Kinect properly marry the power of the Xbox with voice and motion control. There’s Blackwater, one of the first shooters for the Kinect and Mass Effect 3 which correctly uses the voice activation features of Kinect. Feel like “becoming” a robot? Then Steel Battalion Heavy Armour will scratch that itch. Upcoming Fable: The Journey plans to mix classic adventuring action with “innovative” gesture control.

Xbox Live for the core gamer

There are no signs that Xbox Live, the online multiplayer component, will ever slow down. Hell, the original Xbox Live services lasted a full decade before it was finally put to pasture. It’s one of the most robust online services currently available and gives the current Xbox a sturdy platform for its downloadable titles, micro-transactions and what have you.

As the Xbox 360 continues to dominate the Western sales charts, Microsoft will hold onto its golden goose for just that little bit longer. I mean, what’s going to knock it off its perch, the Wii U? Don’t make me laugh. 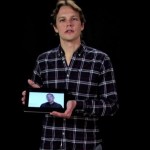