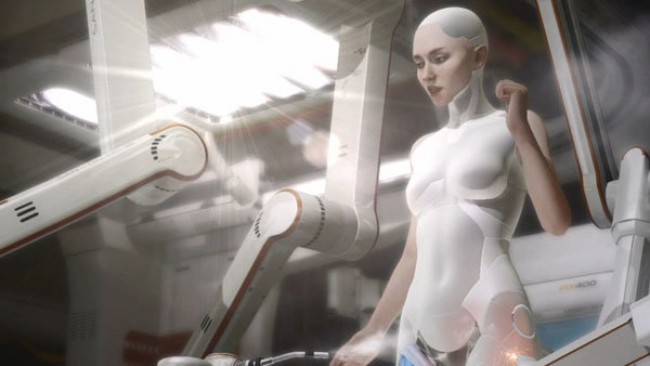 A tech demo showcasing impressive motion capture and raw acting talent promises much as a CGI film. How much of that promise can be integrated into a fully interactive game is yet to be seen.

Twitter’s number one trending topic on the day of its release and subsequently the most talked about tech demo in recent memory, Kara is a fascinating talking point. In the form of a short CGI film, the demo showcases French game studio Quantic Dream’s (QD) newest direction in game development – ‘full-performance capture’.

This exciting technique blurs the line between Hollywood and the games industry even further as the method used in blockbuster hits Avatar and, most recently, The Adventures of Tintin, gets a go on the gaming circuit.

The seven minute short follows the story of Kara, a self-aware android, as she is ‘switched on’ for lack of a better term. Set in a futuristic robot-assembly factory of some sort — not unlike a modern car factory with more shiny things — the android starts out as just a head and neck. As the demo progresses Kara is connected and built in front our very eyes (and hers too). To say any more would spoil the magic.

As a tech demo, one of the standout factors is that it runs in real time on Quantic Dream’s proprietary PS3 engine. QD’s CEO, David Cage, stressed that Kara is not in development in any way, but is rather a concept to showcase the technology behind the French studio’s upcoming, and unknown, gaming title (PS3 exclusive no doubt). To say this hasn’t disappointed the many people who’ve seen the demo is an understatement.

To get the boring tech out of the way, noticeable improvements are in the eyes, teeth, lip-syncing and fluidity of movement captured in actress Valorie Curry’s (Twilight, Veronica Mars) performance as Kara. The environment’s textures may appear to be a letdown, but Cage stated that Kara is one year old, and is running at only 50% optimization.

The exciting side of this tech is the previously mentioned ‘full-performance’ capture. Most games that use real actors make use of a technique called ‘split-performance’ to capture their movements and faces. This method, used in the hit games Uncharted (Naughty Dog), L.A. Noire (Team Bondi) and QD’s own Heavy Rain, is where the face and voice are captured in one take, and the body in another. The two takes are then stitched together in post.

‘Split-capture’ poses many problems; you just have to play L.A. Noire or Heavy Rain to see this. The body is often stiff, unnatural and it doesn’t look like the head is attached to the neck at the best of times. The main problem though, is in dramatic performance. If, for example, an actor is giving an emotional recital during their face and voice take it is very difficult for that actor (or their body double) to capture that same emotion in their mannerisms during the body take.

And so here we are in 2012, entering the wonderful world of ‘full-performance’ capture in games. With the face, voice and the body all captured at the same time, it’s like your game is populated by little Andy Serkis’s (Golum in Lord of the Rings). The result: profound emotion in the performance. And that is what makes Kara interesting.

Goosebumps are a go

If you can watch Kara, and not feel anything, you’re probably a sociopath and should get that checked out. For all of the film’s shortcomings (bland textures, poor voice acting from the male lead) Valorie Curry’s performance as the android is both moving and impressive in what they managed to translate to CGI.

It’s all in the details. With emotions ranging from fear (dread even) to child-like wonder it’s all in the eyes, the small movements of her mouth and the way she moves her body. It really is how the capturing works together – the fidelity of body and face to give it such life-like quality. With 90 sensors on her face, and 65 cameras at QD’s disposal to capture body movements, the proof is in the pudding. 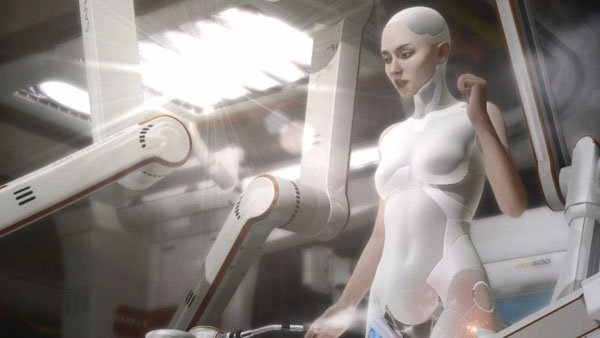 Cage’s dream has always been to provide ‘interactive human drama’ in games. The irony is that Kara’s not interactive at all, but it is human drama told in CGI. So Quantic Dream is halfway there, and the studio’s next challenge is to bring this tech into its upcoming game as seamlessly as possible.

The excitement is both in what they managed to get from Valorie Curry onto the ‘CGI screen’ and also in the response the video is receiving on the internet. If people felt this much watching a non-interactive version of this tech, just imagine what you will feel while controlling, and interacting in a game environment using this engine. It comes down to immersion. Titles like Heavy Rain and L.A. Noire constantly remind you that you are playing a game with clunky movements, dead eyes, and a total lack of fidelity, but this is where Kara’s tech promises to succeed.

How can this new tech contribute to the future of gaming? One talking point that surfaces time and time again is A.I. and non-player characters (NPC’s). If you could theoretically afford high quality actors, then this technology could be used to capture great dramatic performances. Imagine playing an epic RPG like Skyrim, but all the NPC’s look and move like Kara. If only we could get high quality dragon actors in this day and age.

And so it all comes down to immersion. If Kara is this engrossing and immersive while being merely a glorified CGI cutscene, then we should be very excited by its potential in a fully interactive game.

Unfortunately Quantic Dream is on a solo mission when it comes to tacking darker and more adult themes. No doubt most studios are trying to capture the casual market or the adolescent gamer who needs no more than guns and explosions to get his kicks. But for the rest of us, those gamers who grew up, but the games didn’t grow up with them; Quantic Dream’s got your back.

It may be niche, but as the resounding response has revealed: we’ve taken notice David Cage. Now bring us a truly Interactive Human Drama.