According to Metacritic, Diablo III launched just a few minutes ago (or at the very least, became live to play). Sure, everyone could get their hands on a physical or digital copy, but the Battle.net servers only allowed access just recently.

If you’re expecting a review, keep waiting. Sites such as PCgamer, IGN and Eurogamer.net all say that their reviews are in progress, which makes perfect sense. Diablo III is one of those rare titles which doesn’t allow reviewers an exclusive pre-release copy. Diablo III can do what it likes.

If you’re reading this, then chances are that you’re already playing Diablo III in a separate window while the rest of the world has to toil onwards at work. You lucky bastard, you. If you don’t have the full version, download the starter edition here.

The reviews are going to start trickling in, with Gearburn’s review scheduled for next week Monday. Stay tuned, true believers, cause evil is back. 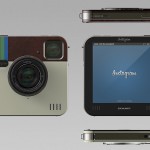