By Steven Norris: grumpy curmudgeon
Read nextBlackBerry 10 is the OS we’ve been waiting for

Deep breath… Marvel VS. Capcom 2 is the best port of a fighting game on iOS, ever. The controls are spot on, the graphics are pixelated prettiness and the fighting is oceans-deep. Breath out a sigh of relief, this games a cracker.

The zany goodness of MVC2 has been condensed into a tiny 150MB download that is well worth the time you invest into it. It’s a full-on port of the PS2 version, respite with options such as Arcade Mode, a Bluetooth versus mode, training mode, score ranking, score attack and secret factor (for purchasing new characters). There’s plenty to chew into here.

For the uninitiated, MVC2 is a continuation of the wildly popular arcade fighter from the late 90’s. A total of 56 fighters has been crammed into the iOS version that you need to unlock by earning points in each mode.

It’s the controls which worry most fighting purists. A touchscreen display has never been the best home for complex inputs, but Capcom’s “Flick” control system removes this massive oversight. I’ve read how some sites moan about the muddy controls but in my tests, the Flick system is a dream come true. At the heart of the system are two special buttons located next to the punch and kick inputs. These buttons can be flicked in all four directions to perform special actions, swap out partners and so on. In the heat of the battle, it can get a tad confusing but after a few hours of play, it becomes like seconds nature.

The graphics are a treat. Special moves fill the screen with a dizzying pyrotechnic display of rockets, lasers, eyeballs and kitchen sinks. Every character is animated beautifully, every stage is is alive with animations and the sounds are a chiptune throwback to gamings golden era.

Versus mode via Bluetooth works as well as it can. Turn off WiFi, switch on Bluetooth, pair with a friends iPad/iPhone/iPod and enjoy. I tested versus mode thoroughly on an iPhone 4S and iPad 2 and play was always smooth, with nary a dropped connection.

One negative is that MVC2 is a very demanding game, CPU-wise. You’ll need a new iPad, iPad 2 or iPhone 4S to get any enjoyment out of this title. Playing on a 3GS or iPhone 4 is chump’s game, and MVC2 practically slows to a crawl. It’s a big, bold game and requires a powerful device. The irony is that when it was released in 2000, it ran off Pentium-II hardware. How times have changed.

This is one of the best fighters of all time and has aged like a fine whiskey. Download immediately. 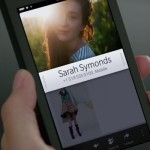