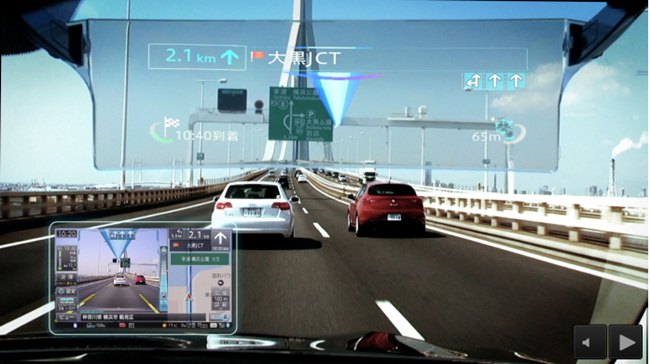 This is cool — especially if, like me, you spent large chunks of your youth playing various titles from the Need For Speed franchise. It’s the latest head up display from electronics company Pioneer.

The laser-projected Augmented Reality (AR) system (how cool does that sound?) comes packaged with the company’s new range of “Cyber-Navi” head units, alongside in-car entertainment, GPS and DVD playback.

Here’s how it works. You get a translucent visor that clips into where your sunshade would ordinarily be. From there the MicroVision laser projector kicks in, plotting a virtual GPS navigation path to follow in real time. It also reportedly adjusts to ambient light, so you’ll always be able to see what’s going on.

If you can’t see why that’s anything more than a glorified version of your bog-standard GPS, then you should bear in mind that the unit also comes standard with Pioneer’s existing AR tech. So you get a camera fitted to the front of your car which, according to the Verge, is used to track the position and distance of the car in front of you, highlight lanes, turns, speed limits and traffic lights.

Thing is, we thrive on connections and Pioneer’s made provision for that too. A USB modem with three years of free cellular service means you can, among other things, get real-time traffic and weather updates.

There’s only one real issue I can think of though. The laser projector sits above your head, so if you’re tall, or your low slung high-performance car has no head room, expect to hit your head. A lot.

For now this piece of tech awesome is only available in Japan or, as some like to call it, the future. 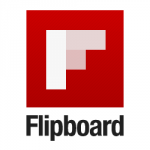 Reason #57 to divorce your iPhone: Get Flipboard for Android now
Android • 10 May 2012
Read More
More