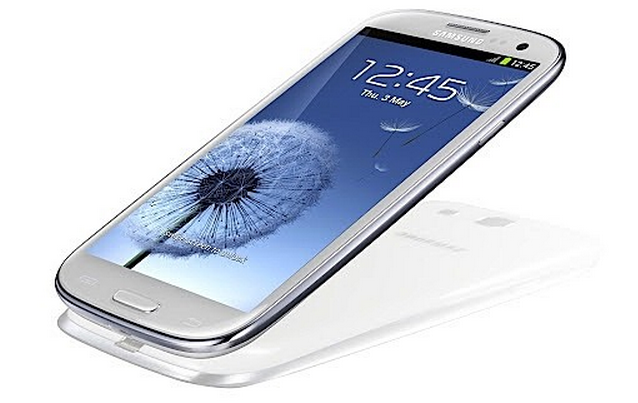 Today’s launch event in London saw the end of months of fevered speculation on what Samsung’s next flagship device would bring. As the hype crescendo fades, we take a moment to reflect on what many consider to be the new benchmark for Android phones and possibly, the biggest threat to Apple’s best.

Here are the details.

The Samsung Galaxy S III has a 4.8-inch Super AMOLED display with a 720p (1280 x 720) resolution. Compared to the S II, the display is 22 percent larger, but the device itself is not much bigger due to a slimmer bezel.

The S III has an 8MP rear – and 1.9MP front-facing shooter, with burst — 3.3 shots per second — and best-shot modes. The rear camera has zero shutter lag and it takes less than a second to get back into camera mode. You can also capture shots while recording video.

The exact processor specs are not yet known, but a quad core CPU has been confirmed, with Samsung’s own Exynos 4 Quad quad-core SoC being the most likely candidate for the international version. 1GB of RAM has also been confirmed.

Storage options are, 16 or 32GB — with a 64GB version scheduled for later this year — and, rejoice, additional microSD expansion.

There’s also DLNA support and Bluetooth 4.0, high-throughput 40MHz 802.11n Wi-Fi, NFC, GPS, and Samsung says you need not worry about battery consumption thanks to a removable 2 100mAh battery. The S III features wireless charging. It uses resonance technology, and Samsung is the first to use it on a mobile phone.

The S III weighs 133g and is impossibly thin, measuring 8.6mm at its thickest point. There’s a wider home physical button, flanked by capacitive keys on the side. Samsung’s best launches in 145 countries through partnerships with 296 mobile operators around the world. It launches on 29 May in Europe, followed by Asia, Africa, and Latin America. The 3G HSPA+ version launches first, but a 4G version will make its appearance some time in the northern hemisphere’s summer later this year. There will be two colours namely: “Marble white” and “Pebble blue.”

It’s all about the software.

Built on top of Ice Cream Sandwich, the S III runs on Samsung’s proprietary “nature inspired” TouchWiz Nature UX and features Siri-like voice control called “S Voice”. You use the key phrase “Hi Galaxy” to initialise it and it understands eight languages. The voice recognition can also be customised. You can for example say “snooze” to shut off your alarm when it goes off or “direct call” to dial someone that you’re in the middle of texting.

Samsung president J.K. Shin touts some of the S III’s innovative eye-tracking features saying, it “recognises your eye movement while you use the phone. Screens usually go dark after a pre-set time. But sometimes we want to linger on a page without touching it. It’s annoying to have to touch the screen to keep it awake.” This is solved with a new feature called Smart Stay. The S III uses the front facing camera to detect whether the user is looking at the display or not.

Another intriguing feature is the ability to simply raise the S III to your ear — while in the middle of typing a text — if you decide to call instead. There’s also face recognition to identify people you’ve tagged in your social networks for account linking.

S Beam (enhanced Android Beam) combines NFC and Wi-Fi Direct to enable fast sharing of files — up to 1GB in three minutes — between devices. DLNA-based AllShare Cast allows content on the phone to be streamed to a compatible display; AllShare Play lets you send media “regardless of the distance between devices,” suggesting the possibility of internet routing of content. There’s also “Group Cast,” which shares your phone’s screen with other users on the same network and allows them to annotate and add comments.

Samsung says that there will be an SDK available to developers for AllShare. AllShare sounds a lot like Apple’s AirPlay.

There’s something called “Pop up play” which lets the user watch a video anywhere on the screen (think picture-in-picture) while continuing to use other apps.

It looks like Samsung is also making a play for the enterprise market touting: “strengthened security on the S III for enterprise.”