The Acer Aspire S7 has been outed at Computex 2012 and it’s a stunner.

There are two S7s, both touchscreen and raring to go with Windows 8. One’s 13.3-inches, the others 11.6-inches. Both are thin, fast, and ultra-elite. It’s the 13.3-inch S7 that captured our attention. With a Gorilla Glass lid, it just seems sexier, and more Apple-like of course.

At the very least, both devices share the same full-HD display and at 1920×1080, the S7 rocks a seriously sexy viewing angle. The S7s also share a backlit keyboard plus the now industry standard (or what seems like it) unibody shell.

And ah, the touchscreen display can be rotated 180-degrees which’ll turn it into the world’s most powerful tablet. The S7s were made for Windows 8, so touchscreen is practically a must. It’s also said that both the 13.3 and 11.6 ultrabooks will support battery life of 12 and 9 hours respectively.

Sadly, news of the ultrabooks specs and price are absent. Sources say though that both ultrabooks are scheduled for an October 2012 release. Have a look at this beauty for yourself. 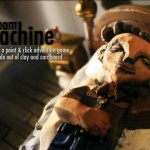