More
Home
Subscribe
Skip
Continue in 10 seconds
Skip
By Anthony Farr
Read nextReviewed: Galaxy S III — the only phone you will ever want 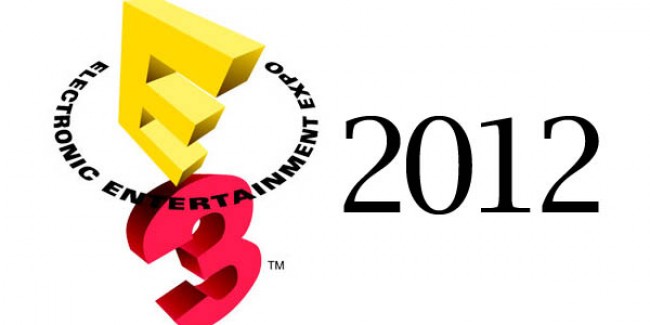 E3 2012 is done and dusted, and although the event was laden with sequels upon threequels, there was still reason to be excited. Each console had at least one attention-grabbing title whether for its use of new tech or for some clever design. Here are Gearburn’s picks of this year’s E3.

Quantic Dream’s new motion-capture engine made ripples on the internet with their recent demo, Kara. Game developer, David Cage, along with Sony was able to showcase the real deal behind that technology with its upcoming PS3 exclusive Beyond: Two Souls. Actress Ellen Page brings a certain Hollywood appeal (and hopefully quality) to the main role, and with the promise of higher paced action and better interaction than Cage’s previous games, here’s hoping that Beyond makes the finest Interactive Drama to date.

Tomb Raider 27, or thereabouts — Crossroads signifies yet another major reboot for the popular franchise. The optimised graphics on the Xbox 360 are impressive and the emphasis on tense action, gunplay and thrilling platforming checks all the right boxes. It may appear that Tomb Raider has gone more Uncharted, if so this clone of a clone looks set to be a quick timing, cover grabbing romp of a good time.

ZombiU has every right to claim best trailer of this year’s E3. Never before has the song God Save the Queen reduced zombie enthusiasts to tears. Ubisoft is essentially re-launching their first every commercial game, Zombi, this time exclusively for Nintendo’s new console — the Wii U. The game looks set to make full use of Nintendo’s new touchscreen-cross-traditional gaming controller, the outrageously named GamePad. And if that doesn’t pip your interest, perhaps the logic that when you die you take control of another character leaving your old one to zombie form sounds delectably fun.

From Portal’s project lead (Kim Swift) comes what appears to be Portal: Fun Edition! Bubbling with personality this first-person action game gives you the ability to change dimensions. When the correct batteries are placed in a room you change its gravity and properties — making objects super light or ridiculously heavy and if that’s not your thing you can slow down time or reverse gravity. Each dimension has its own look and feel screaming that what this game lacks in originality it makes up for with its creativity and sheer craziness.

It’s difficult to know how The Unfinished Swan will come out in the end. The game seems to be a maze played out in the first-person. The trick, or catch, or gimmick or whatever you want to call it is that everything is black and white or negative space. You fire ink or paint splashes onto the blank canvas world to bring it to life and help you navigate through the maze. Interestingly, you can supposedly find your way by just listening to the sound. Only time will tell if a curious visual aesthetic and potentially wonderful sound design can lift The Unfinished Swan from great concept to great game.

Between the barrage of sequels came the trailer for Ubisoft’s upcoming Watch Dogs. Behind what appears to be a mixture of Deus Ex played out like Grand Theft Auto is actually a really exciting premise. Set in a futuristic Chicago, entire cities are now controlled by computer systems. Traffic lights to surveillance cameras, cars to phones and just about any electronic device imaginable are now controlled by one computer system — owned by private corporations of course. Luckily you’re not a maintenance guy, but rather Aiden Pearce, a no-nonsense five o’clock shadow kind of guy who has hacked the system and can now control the city from his smart phone (within range of course). It could just be a way to spice up the sandbox genre, but as long as Aiden doesn’t have any battery problems, playing Watch Dogs looks like a blast.

The one sequel we’re thoroughly looking forward to is Dead Space 3. Now with the addition of a co-op mode, it seems a logical progression for the ever impressive series. With the other playable character, soldier John Carver, not getting along with protagonist Isaac Clarke expect only the best of buddy cop banter while dismembering those wretched necromorphs. Purists shouldn’t worry though; the co-op is completely separate to the solo campaign, adding some variety to the game modes. Other noteworthy refinements include universal ammo and a crafting system which allows you to combine weapons.

Fans of South Park who have been disappointed by the number of episodes coming out in the last year or two should forgive Trey Parker and Matt Stone because they’ve basically been playing game designers on The Stick of Truth. The series creators have been overseeing the upcoming RPG, writing the script and doing all of the voice work. They even ensured that the developers had access to every animation ever used on the TV show, guaranteeing the game’s authenticity. All this, and the fact that the game looks shamelessly funny means March 5, 2013 can’t come soon enough. 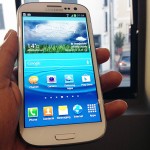 Reviewed: Galaxy S III — the only phone you will ever want
Android • 11 Jun 2012
Read More
More