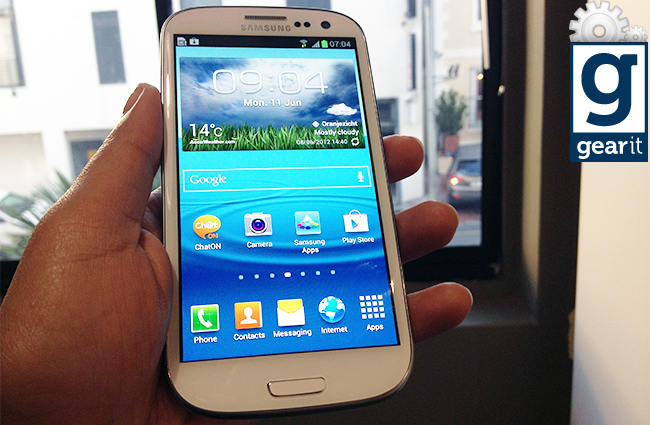 The Galaxy S III, as Samsung touts it, is “inspired by nature — it sees, listens, responds, and allows you to share the greatest moments,” and that theme is ever present when you turn on the phone for the first time. The device has beautiful flowing lines and rounded corners and edges, similar to the Galaxy Nexus, giving it an elegant and smooth finish. Weighing in at 133g, you still get the plasticky feeling that is synonymous with the Galaxy range — though that little annoyance fades pretty quickly.

This 1.4 GHz quad-core Cortex-A9 CPU beauty takes us back to the S I design-wise, but it is a vast improvement on the first installment of the S range. It’s luxurious: everything about the phone feels like decadence. I imagine myself laying on the 200-foot yacht in the Mediterranean while sipping on Veuve Clicquot as I Instagram the dolphins jumping out of the blue waters.

It’s large but you can barely feel it. Chances are you’ll forget your phone is your pocket because it’s so light… but in reality, you’ll probably be too busy staring at it lovingly.

In typical Galaxy style, the buttons and ports are around the device with power on the right, volume on left, microUSB on the bottom and the 3.5mm headphone jack on the top.

This S III is a powerhouse of note. Its quad core Exynos 4212 processor ensures that is ridiculously quick. One Gigabyte of RAM and a quite a few storage options (up to 64GB) ensure you have plenty of speed to back up the processor, and enough storage space for all your songs and LOLcats. With so much power, gaming is amazing, frame rates stay high and constant but with great power come some heat. The back of the phone tends to get hot when you’ve been gaming for a while.

Sporting Android 4.0, aka Ice Cream Sandwich, the S III means business. It comes with new super snazzy version of TouchWiz, Samsung’s Android software, and of course the Siri rival we’ve heard such talk about, S Voice, is carefully packed inside the phone.

An interesting Samsung addition to the OS, Smart Stay, is meant to keep the screen from dimming and locking while you are still looking at the phone. When you turn away the screen goes off… this made the environmentalist in me jump. A little eye indicator appears at the top to remind you it’s working — although it ignored me more times than it actually worked.

A pretty cool feature is window-in-window, which allows you to watch a video and look at your home screen or browse the web at the same time. It only works with video stored on the device, so YouTube videos don’t work. It does make multitasking with video pretty excellent, so if Samsung improves it to work with YouTube it will be golden.

The screen is a 4.8-inch 720p pool of brilliance that literally ripples at the touch. In typical Samsung style, it’s Super AMOLED technology, which means colours are vibrant and it displays videos and photos in rich colour hues. It may in fact be too crystal clear.

With a pixel density of 306ppi (pixels per inch), HD quality video looks unbelievable and so do photos.

As with all note worthy smartphones, the S III comes with duel cameras — front and back. The rear facing camera is 8-megapixel with an LED flash while the front camera is a 1.9Mp step-child which can record HD video at 30fps — not too shabby.

The camera is quite easy to use with some nifty features such as HDR, a burst mode which can shoot up to 20 images and Best Shot which takes eight photos and chooses the best one. The social tag feature allows you to link people in a photo to social networks like Facebook. There is zero shutter lag, which is quite helpful when you’re spelunking.

The picture quality is quite good but that’s hardly surprising considering the S II produces pretty decent images. Anyway, decide for yourself. I’ve included a picture and video gallery below.

I intend to run away and never give this phone back. It’s practically flawless. Sure there is the plastic issue but that’s barely an issue because everything else works so well. Samsung is dominating the Android kingdom and there’s no doubt the Galaxy S III will fly off the shelves. The only real problem with this device is the price. It will set you back quite a bit (around US$700 to be exact). This is possibly the world’s most powerful smartphone. Gear gear gear it! I want it to have my offspring! 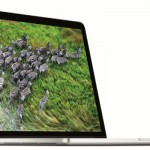