If there’s a case as for why you should hang on to your BlackBerry for just a little while longer, this is it. CrackBerry forum member businesscat2000 posted these videos as genuine, honest-to-god proof of iOS apps running on the BlackBerry Playbook. Check it out:

Here’s what the happy hacker had to say.

The CPU isn’t emulated on Playbook (though it is on Windows). It works very similarly to how WINE works to run Windows applications on Linux. The app binary is mapped into memory and imports are resolved to point to my own implementation of the various APIs needed. iOS actually uses a few open APIs already, which Playbook supports just as well (GL ES, and OpenAL). The bulk of the work has been in implementing all of the objective C classes that are required. The ARM code of the applications run as-is – the armv6/v7 support on PB/iDevices are pretty much identical, and the code is designed to run in USR mode. No SWIs, GPIO accesses or any of that kind of shenanigans.

This site even went the extra step by contacting the coder and tasking him with emulating the iOS features as proof of concept. The question is: were these apps being streamed, or emulated on a special BlackBerry platform? Nope, each app has been retrofitted to run on BlackBerry OS.

There’s an ass-load of detail on this perfect little crack. This means one thing and one thing only: the BlackBerry is relevant again. Thanks, Apple. 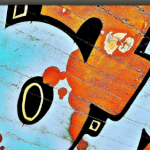