Have you downloaded Chrome for iOS yet? No? Then stop reading and go grab it for the App Store.

Now, let’s carry on. Chrome is by far, the best browsing experience for iOS. It’s a little faster, free and hell, it’s Chrome.

Let’s get the bad news outta the way. The back-end is the same as Safari’s. So actual browsing is often no faster than Safari’s. I tested Chrome iOS on an iPhone 4S, but it’ll work on any number of iOS devices, such as the iPad and the iPod touch. There’s almost nothing to Chrome. It’s a fairly invisible experience overlaid with Google sex-appeal. There’s the grey and lifeless home screen which springs to life when “new tab” is clicked. The full Chrome homepage experience is then replicated on the small scale. Recently open windows hover in tiny cubes and load (slowly) when tapped. Know, I know that it’s all based on the iOS-back end but holy hell, it ran faster than iOS. With two iPhones side-by-side, Gearburn.com loaded a little quicker than the Safari counterpart. Switching between tabs is a pleasure. You know how hard it is on Safari? Well it’s a piece of rich, sweet cake on Chrome iOS. Just slide your finger from the edge of the screen on either side and bang, the next screen slides into view. Intuitive, hell yes.

Closing a tab is quick and hassle-free. Click new tab button, the screen drops down and then it’s a matter of swiping to close. So simple, so juicy.

Here’s a winner. Sign in on multiple devices and the websites load between them. On the bottom of the new tab screen are the options. Recently closed, bookmarks and other devices. If it was open on the desktop, it’ll sync to the mobile device. There’s really nothing to it.

Bookmarks from the desktop, open tabs, it worked and it worked well. And, and! There’s incognito browsing, just like in the grown-up version. Click on the options tab, choose “New Incognito Tab” and browse in private.

Let’s move to the settings. You can change your Chrome sign in name, search engine, choose to save passwords and setup the voice search (which didn’t sit right with my South African twang). Here’s the worst part. You can’t set Chrome as the default browser. With some jailbreaking, this will be possible but with Apples heavy restrictions, non-jailbreak iOS users are gonna suffer.

Still, Chrome for iOS is very highly recommended. I love its clean look, its extra speed (this could just be the Redbull talking) and its swipe to select tab option. Get it, get it now! 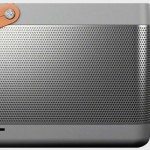