Legal jailbreaking. Let that word roll off your tongue. Sadly, there ain’t no such thing. Even this fake Cydia and Activator app which recently popped up in the ol’ App Store aren’t enough to convince us. Put plainly, these apps are scams, so avoid. What the hell were the apps doing on the App Store in the first place? The Activator app, which promises: “How to use multitouch gestures in iPhone/iPod touch; How to change the way of accessing IPhone/iPod touch and How to assume custom buttons or custom gestures for original buttons,” is nothing short of utter crap. It does none of the above, so a proper jailbreak is the only way users are ever going to see the light of Android-like customisation.

What the proper Activator app does, is nothing short of the best crap to happen to the iPhone. With gestures and button presses, app shortcuts can be accessed. It’s a must-have. This fake version though, it’s gets an “a” for avoid. 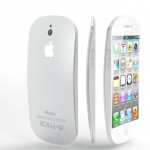