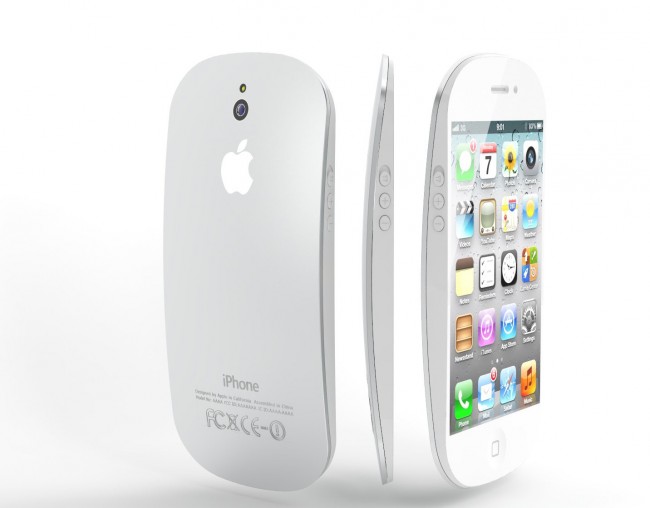 We can taste the iPhone 5 now. It’s been a long time coming, but 2012 could be the year of Apple’s latest masterpiece. The Gear favours the iPhone 5 and has long been reporting on rumours that have leaked from camp Apple. Below is everything you need to know about the upcoming iPhone 5.

It can only be speculated whether these parts are real, but they all fit together very nicely, don’t they?

9to5mac.com ran an iOS 6 emulator, tested the new scaling properties of iOS 6 and came up with some awesome proof-of-concept screenshots.

Twitter may be a good source of info in some circumstances, and the price sounds like a reasonable estimate.

Will the new iPhone be released on 12 September? — 30 July

Will it? Apple is holding an event on that date, whether its the iPhone, we don’t know. But it seems very likely.

All of the most recent mockups look like this, but Apple could still be keeping the final design to themselves.

This has been proven correct, at least to the point that Apple is indeed holding an event on the 12th.

This smaller dock connector has found its way onto all the mockups pof the new iPhone. It is even on the Mini iPad mockups. Is it real?

The first leaked images of the front of the new iPhone. The mockups haven’t changed since, so these might still be accurate.

Okay, so we know that this is wrong. The actual confirmed date being September 12th for an Apple event, and hopefully for the new iPhone.

Not really a leak, more of a wishlist of what the ideal iPhone should be. Zippo lighter in a smartphone? Yes please.

In our opinion, these pictures are the best looking concept shots of the iPhone 5 yet. The phone looks legit but with all rumours, there’s a heavy chance that these are rendered shots. Anyway, it’s still nice to look at.

A little bit of design speak, some word on Apple’s Airdrop and a few more hot, sexy concept shots. Dig in.

What became a rumour is now true, thanks to iOS 6. We say goodbye to Google Maps and welcome in full 3D mapping plus loads more.

Now this is keeping it real. Shots of the metal backing plate of the iPhone 5 leaked out and seem congruous with the rumoured design of Apple’s newest darling.

We hope this one is true. Apple’s kept the screen size of the iPhone range locked in at 3.5-inches for yonks now. A slight bump in screen size is definitively in the works.

A gambling man could bet even money on a bigger screen. Whether it’s 4-inches or 3.95-inches is anyone’s guess.

A flexy fantastic OLED screen — 16 May

Let’s chalk this up to a “maybe”. At this point though, Apple isn’t going to go full-Samsung and mess with its non-flexing Retina Display screen.

Does what it says on the tin. These are the craziest concept shots of the iPhone 5 yet. The minds of the creative are warped indeed.

Now this, we love. It’s one of the best videos of a concept iPhone 5 and makes us beg Apple to make this a reality.

These were some of the first concept shots to hit the Web. And damn, do these pics rock, and rock hard.

This seems pretty spot-on. Apple’s gone and launched it’s new iPad ages ago now, with the iPhone 5 aiming for a Christmas launch (with some luck). If that doesn’t whet your whistle, try this tasty rumour.

What goes into the iPhone 5? What are the technologies we can expect? This little tidbit of information should set you on the right path.

Oh yes. It’s barely even a newborn and iOS 6 has been broken. Here’s how it’s done.

A top 10 of the best iOS 6 features to look forward too.

iOS 6? Please, how about a fully-kitted out jailbroken iPhone — 9 May

If you can’t wait for iOS 6, then mod an iPhone with these time-saving jailbreaking tips and tweaks.