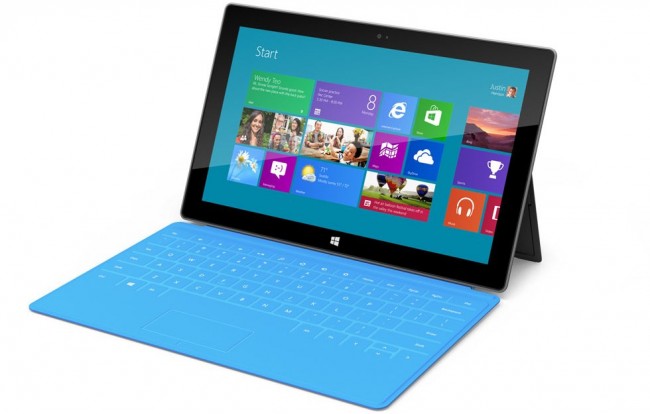 After a long wait of Microsoft “keeping it secret and keeping it safe“, it has been revealed. A tablet named Surface.

“It’s hardware and software pushing each other” said Microsoft CEO Steve Ballmer at the press event in downtown LA. And now for the specs:

It’s 9.3mm thin and 576 gram light. There’s a USB 2.0 port. The VaporMag case is “full magnesium”. Users will be able to access Windows apps, like Xbox Live and Microsoft Office. The display is “optically bonded” and designed for Surface. And of course, it’s made for Windows 8 so yes, it’s a flashy Windows 8 tablet named Surface. Neat.

As for software innovations, we get Semantic zoom. But there’s a stand built into Surface and dual antennas for a stronger data connection. And our old friend, Gorilla Glass 2 comes to the game. CPU is an Ivy Bridge Core i5.

A magnetic connector snaps the case to Surface. But the cover is more than that, it’s a keyboard with touchpad. Touch-typing natively on a tablet? Madness. Click the cover in and it turns blue. A very Lumia/N9 blue if you ask us.

There’s HDMI access, plus front and rear cameras. Surface is going to run with Windows RT, but will work on Intel Core CPUs as well. The display, clear type full HD, will “minimise the thickness of the device.” The stand itself is less than a millimeter in thickness. Of the Touch Cover’s importance, Microsoft says, “We wanted it to feel just like a book. What has more covers on it than books?” Touch Cover also rocks a built-in accelerometer.

Surface embraces digital ink. Open up a document, and write on it. It’ll be crystal clear. The optically bonded screen is going to turn some heads. It’s been designed ergonomically in such a way that the “you don’t notice that you’re using it.” We’re going to have to look at this kickstand in more depth at a later stage, seems funky.

Surface for Windows RT will come in 32 and 64GB flavours. The pro models will ramp up the storage to 128GB though. That’s more in line with a notebook and the price will be on par with an Ultrabook, says Microsoft.

Surface is a tablet which has been built and refined to the nth degree. Only time, and a demo of the device, will tell if Microsoft’s design gambit has paid off. But from what we’ve seen, this is a stunning Windows 8 tablet, a beautiful harbinger of touch infused with laser-focused design. And what makes us most excited: the Touch Cover or Surface itself? “Surface is a PC, and it is a tablet,” say Microsoft. We say that it was time for a new player in the tablet market.

View all the specs of Microsoft’s Surface here. 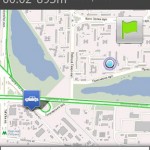