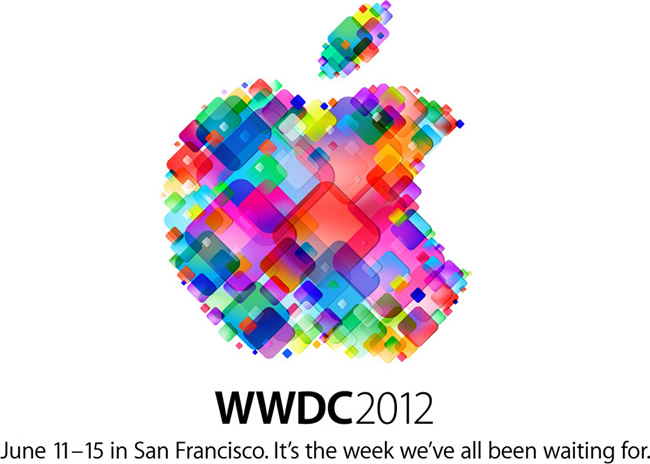 WWDC is a five day event during which developers can learn about new versions of iOS and OS X, and attend over 100 technical sessions presented by over 1000 Apple engineers. The Apple Design Awards will also take place, showcasing the best apps from the past year.

Here’s what happened, in a nutshell.

There are 400 million accounts with linked credit cards in the App Store.

The App Store operates in 120 countries. Adding an additional 32.

App developers have received over US$5 billion in payouts from the App Store.

Turbo Boost up to 3.2GHz

Up to 60% faster graphics

Turbo Boost up to 3.7GHz

Up to 60% faster graphics

Up to 16GB video memory

OS X has been updated for the new display. Mail, Safari, iMovie, iPhoto and professional apps like Final Cut Pro and Aperture.

Developers will have to update their apps. Apple has been working with Adobe (Photoshop), Autodesk (AutoCAD), Blizzard (Diablo III).

Turbo Boost up to 3.7GHz

Up to 768GB of flash storage

81% of apps are using Notification Centre

Twitter has seen a 3X growth on iOS since it was integrated into iOS 5. 10 billion tweets from iOS 5, 47% of photos from iOS 5.

iOS 6 is announced with 200 new features.

Siri can give sports scores and stats. It has better restaurant recommendations and OpenTable integration. There’s also Rotten Tomatoes integration and more movie and theater information. Siri can now launch apps and Tweet. Eyes Free: Apple is working with car manufacturers to include a button that will bring up Siri. 15 languages in total with better local search — Taiwanese, Cantonese, Italian, Mandarin and Canadian added. Siri is coming to the new iPad.

Changes to Phone app. “Remind me later” or “Reply with message” options when choosing not to answer a call.

Do Not Disturb mode will take your messages and calls without lighting up your display or making a sound. Repeated calls. You can for example set a call to come through if a person calls keeps calling repeatedly.

Facetime calls can now be made over a cellular connection.

Updates to Safari. Offline reading list, iCloud tabs, picture uploading directly from your phone (finally), Smart app banners — you can have users jump into an app or download the app. Sync between web activity and app activity. Fullscreen support in landscape.

Share Photo Streams: Choose the photos, choose the friends — friends will get a notification. The photos will appear in an album and friends can comment.

Mail: VIPs allows you to mark someone who you really want to be notified about. Insert photos and video right from the compose window. Pull to refresh messages.

Passbook: An app to collect boarding passes, store cards, and movie tickets in one place.

Guided access: Single app mode locks the iPad so students can’t look up the answers in Safari. Disable certain controls in apps for children with autism.

Lost mode: Send a number to the phone, and the person who finds it can just tap on that to call you.

Thunderbolt to Firewire 800 and Ethernet converters 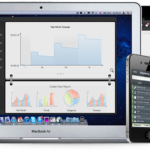