We hate the Facebook iOS app for iPhone. It’s slower then a republican’s thought process thanks to its Objective-C shell which simply embeds the mobile web experience and packages it into an app. Crap, lame and slow. Time to move on say the former Apple engineers who’re working on the slick new Facebook app.

This key info comes care of Bloomberg who reported on Facebook releasing its own mobile device in conjunction with HTC. Hidden in its story was the tale of ex-Apple and Palm developers who’ll have an initial release of the new app “in a couple of months”.

Perhaps Facebook’s hesitance to sort out the mobile app is down to ad revenue. Facebook made over US$3-billion in ad sales for 2011 and not a cent of these sales came from the mobile app. Victor Anthony, an analyst at Topeka Capital Markets says, “Usage is shifting to mobile, and they have not been able to monetise mobile.” So it’s a desperate waiting game then. Facebook and the heavily talented developers it’s hired to turn the fortunes of the app around will now attempt to crack out an app that’s worth giving a shit about. 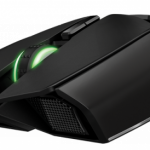