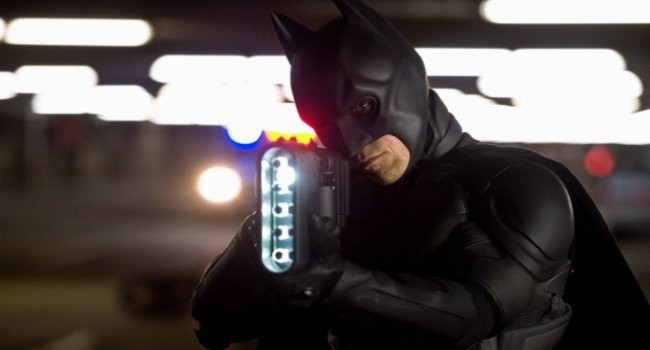 Batman’s toys haven’t always been well advised. Who remembers the infamous credit card from Batman and Robin? Or the ridiculous ice skates that miraculously appear during an encounter with Mr Freeze? Hell, let’s not dwell on the nipples the Batsuit sports during Joel Schumacher’s films.

With Christopher Nolan at the helm however, Batman was introduced as an icon we might actually believe in: a trained samurai who adopts theatricality and disguise to defeat his foes. His gadgets were similarly immersed in the real world.

Seven years on from Batman Begins, Nolan concludes his trilogy with The Dark Knight Rises. Rises is traditional Nolan fare, boasting a runtime upward of two hours, numerous new faces and, gladly, a few new (semi-realistic) toys too. What follows is a rundown of the gadgets you can expect to see in 2012’s biggest blockbuster (sorry Avengers fans) though if you’ve yet to see it all unfold in cinema, be aware that there a few minor spoilers below. Rises starts slowly, building on the idea that Batman has taken the fall for Harvey Dent’s crimes. Yet when Bruce Wayne’s alter ego does finally appear, it’s suitably explosive. Hans Zimmer’s score reaches fever pitch as the Caped Crusader emerges from the dark. Batman stares down the sights of a gun and fires. The motorbike he’s pursuing clatters to a standstill. The lights illuminating the underground tunnel die. Welcome to the EMP rifle.

Batman’s new gadget is a play on the real world phenomena accompanying nuclear explosions. The idea that an electromagnetic pulse might disrupt electricity is sound, yet it’s never been weaponised in such a form. Still, Batman occupies an era that is eternal, undefinable. It might one day become a reality.

Bruce also has a smaller, portable version of the rifle that he uses to disrupt a mob of paparazzi and their cameras. It’s a neat touch, though if you blink, you’ll miss it. Lucius Fox (Morgan Freeman) has long been the source of Batman’s armoury. In Rises, he goads Wayne into catching the glimpse of a new vehicle. Fox describes it best: “It has a long, uninteresting Wayne Enterprise’s designation. I just took to calling it… The Bat. And yes Mr Wayne, it does come in black.”

The Bat is part helicopiter, part fighter jet. It can take off from a stationary start and is able to pivot and weave through the tight aerial spaces of suburban Gotham. It comes equipped with rocket launchers, and seats two people in a cockpit that bears a striking resemblance to an Apache fighter.

Nolan and his crew wanted The Bat to look realistic and retain the motif of the Tumbler. It isn’t actually capable of flying, but The Bat’s design is clever enough that we don’t dispute its beliveability within Nolan’s world. Thanks to Jalopnik.com for a comprehensive overview. Michelle Pfeiffer’s turn as Catwoman in the 1992 Tim Burton flick remains iconic. In Rises, Anne Hathaway is tasked with retaining the character’s sly feline characteristics while dialling down the gothic. Hathaway does admirably, staying true to Nolan’s vision of a superhero movie grounded in reality.

Her tight fitting suit is a far cry from Halle Berry’s camp, sexed look. It’s largely practical, with a utility belt that (presumably) houses Catwoman’s finest burglary tools. Hathaway dons a mask befitting of a masquerade ball and completes the look with goggles that aid her in cracking safes. Cleverly, the goggles resemble cat ears when sitting atop her head.

The suit is black in its entirety, helping Catwoman skulk into the shadows. Her footwear is a touch garrulous, boasting sky-high heels that would make Lady Gaga blush. Yet they’re a useful (and painful) tool in battle, as the bad guys discover. In the comics, Bane is a menacing fighter who is the unwitting test case in a drug called Venom. As it surges through his veins, Bane grows in strength, but he’s forced to continually pump the toxin through his body. Schumacher’s incarnation of the character saw Bane adopting the character’s traditional wrestling mask, though he imbued only the brawn — and none of the brain — of the original character.

In Rises, Bane’s backstory bears similarities to the comics, though Nolan envisions the character in stark contrast to Schumacher. Injured in battle, Bane wears a mask to ease his pain, various tubes supplying him with an analgesic form of oxygen. It’s clear that without the mask Bane would cease to be the threat he is, though we’re never entirely sure how the mask works in practice.

Nonetheless, Nolan cleverly avoids delving too deeply into its mechanics, leaving us to fill in the gaps. The mask looks menacing, and above all, lends Bane an impersonal and impenetrable viciousness. The mask might not work for real, but there are plenty of copy-cat versions dotting the web.

The Dark Knight Rises might not be jam-packed with new gadgets, but each increment in Batman’s arsenal thoughtfully ties in to the overarching story. Bane and Catwoman are excellent additions to the cast and are no longer the farcical incarnations of Batman films past. Comic book movies have evolved, and Christopher Nolan is the orchestrator of the revolution. 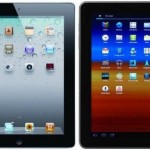