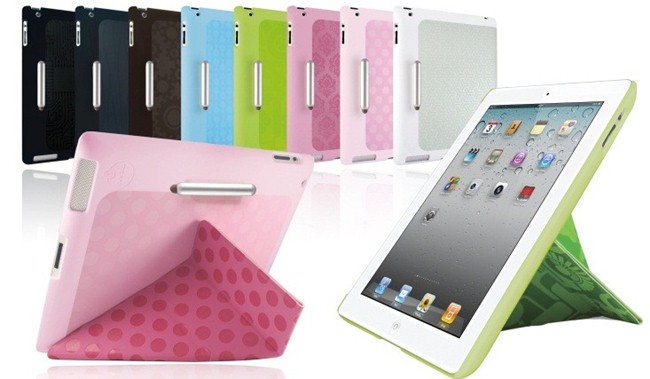 So, you just forked out a ton of money for a new, shiny iPad. If, like me, this was your first introduction to the world of Apple, you’re probably staring at the screen, a little scared even to touch it. Taking it out the box is almost unthinkable! What if you should drop it? What if a seagull flying overhead happens to take aim right above it?

The world is a scary, and potentially damaging place for an iPad. The very first thing you’ll probably want to do is find some kind of protective cover for it before showing it off to your friends and colleagues. There are plenty of options out there, so as always, it comes down to what you want it to do, and how much you want to fork out.

I went through about five covers before settling on the one I liked. That might have been a bit excessive, but by reading this, hopefully you can go straight for the one you want.

The first was the Capdase Soft Jacket cover, for a very reasonable R100. It’s like a skintight catsuit for the iPad, fitting very snugly round the corners, which comes with a screen protector and a movie stand. The movie stand feels quite cheaply made, and as a separate piece, you probably won’t want to cart it around with you all the time. And while the cover itself is lightweight and comfy to grip, you are still going to have to hold the iPad up yourself when using it. Sadly, the version I bought was designed for the iPad 2, and like the slightly overweight cousin who tries on your clothes, the Capdase catsuit did not fit well on the slightly thicker new iPad. 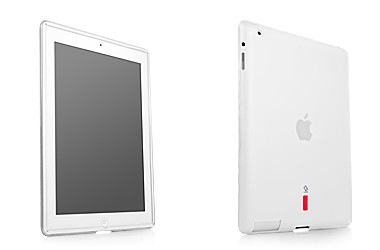 A colleague came to the rescue next when he lent me his Belkin Flip Folio Case. This one fits all the versions of the iPad and normally goes for about R400. It has a front cover that closes over the screen for protection while on the go, and it can also flip back to work as a stand. It doesn’t do any special locking or unlocking of the screen, but you can secure the cover so it stays closed. While robust, this cover bulks up your iPad, and you lose some of the feel for the device. The fold-out stand can sometimes slip when you are tapping the screen too. A good option if you take your device off-road mountain-biking. 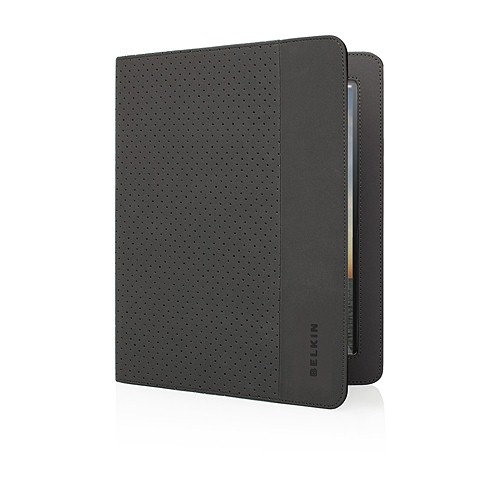 Your iPad, now surrounded by one bulky and overly protective bodyguard.

To counteract this, I next tried out Apple’s own Smart Cover (around R300). It tries to preserve the feel of the device by not making it bulky. The solution is a snap-on cover secured by magnets in the side of the iPad. It leaves the back fully exposed, but covers every corner of the screen, and automatically locks the device too. When folded into three, the Smart Cover gives you two viewing angles — one is virtually straight up, and gives you the impression it’ll tip forward any moment, and the other is almost-flat-but-with-a-slight-tilt for keyboard typing. Neither is exactly right though, and there will usually be an adjusting of laps or wrists before you are comfortable. The magnetic grip feels tenuous at times, although a perilous fall from the dinner table left everything miraculously unscathed (and me in near-panic). 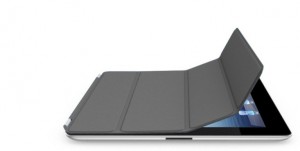 The Smart Cover — a thin, simple cover (just pray that the magnets hold)

There’s also the tablet case. A zip-up material jacket, this is perfect for transporting your device, and keeping it protected. I bought the Golla Tablet Case from Musica for R500. Four elastic holders keep each corner in place, and a fold-out stand in the back allows for movie-mode on a flat surface. If you want to take pictures, you’ll have to take it out the case, since there’s holes for this anywhere. Again, I’d made a slight error in that this case allowed for tablets up to 10.1 inches (Galaxy Tab size), and so the iPad tended to slip around those unused inches a bit. Also, the corner elastics would hide some buttons and indicators, which was annoying. 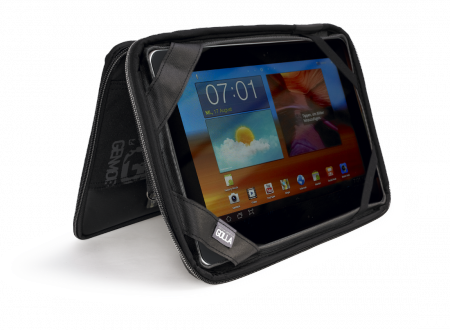 Zip up and go…unless you want to take photos. Awkward

I took it back and gave them another R500 before my mind was made up. The Ozaki iCoat Slim-Y case is stupidly expensive, but, damn, is near perfect in doing everything a cover should. Firstly, they have several great designs, so there is a definite ‘cool’ factor to these. Secondly, it has the same intention as the Smart Cover (keep things thin), but provides way more protection by fully covering the front and back. It clips on snugly, and does the lock/unlock thing with your screen. Most importantly, it’s as if Ozaki hired some ancient Japanese origami expert to design the thing – by doing some clever paper aeroplane-like folding, you can turn the cover into a multi-angle stand that works with portrait and landscape use. 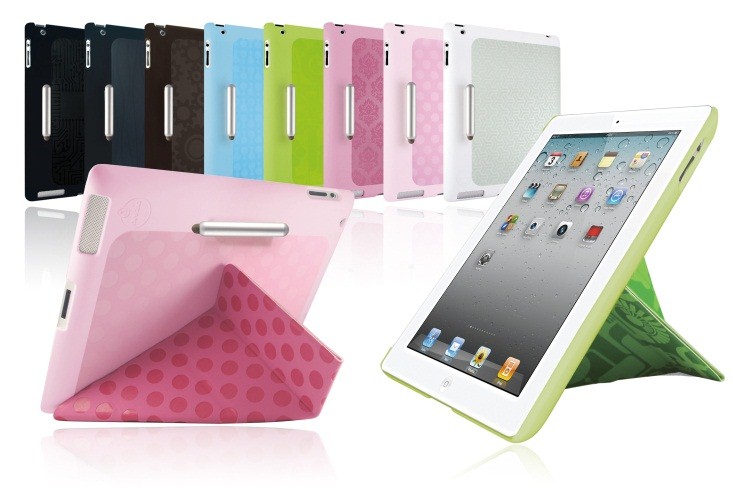 Ozaki recommends you brush up on your origami before operating.

It’s sturdier than the others too. Lastly, there is a stylus included with the cover. It has a weird, squishy end to it that actually works surprisingly well on the screen, and it slots into the back of the cover neatly. It’s an all-in-one option: multi-angle viewing, slimline casing, automatic screenlocking, and a stylus to boot. It pained me to hand over that much cash just to cover my device, but at least I can now sleep soundly knowing that no harm would come to it. It might have been cheaper to buy a goldfish. 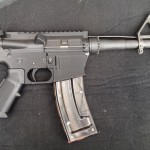